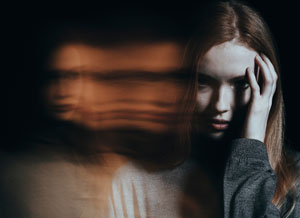 “Common wisdom” has long linked childhood traumas such as physical and sexual abuse to psychopathology later in life. Now, an ongoing longitudinal study called the Adverse Childhood Experiences (ACE) study is providing strong evidence to back up that notion. Based on its results, researchers have added childhood abuse as a factor of interest in other studies, such as the Army’s ambitious suicide research program, the Study To Assess Risk and Resilience in Servicemembers (STARRS) project. ACE research results have also provided a foundation for researchers to examine how childhood abuse can cause physical changes to the brain and its development, putting the abused at greater risk for depression, addiction, and suicide in adulthood.

More than a decade’s study

In 1998, Vincent J. Felitti of Kaiser Permanente, Robert F. Anda of the Centers for Disease Control and Prevention, and colleagues published the first of many papers concerning adverse childhood experiences (ACEs) in the American Journal of Preventive Medicine. The group asked more than 9,000 people to fill out a questionnaire concerning any history of physical, psychological, and sexual abuse as well as exposure to imprisoned, addicted, or otherwise mentally ill family members. The researchers found a strong relationship between the number of adverse childhood experiences and later health issues.

“The initial findings were quite astonishing. First and foremost, we were surprised by the prevalence of not only ACEs but the prevalence of multiple ACEs. Many people didn’t just suffer from physical abuse—they also experienced sexual abuse or domestic violence in the home, for example,” says Valerie Edwards, the current  leader of the ACE Study Team. “We found that over 60 percent of participants reported at least one ACE and one in five reported four or more.”

Equally surprising to the team was that ACEs were linked not just to emotional and psychological problems, but also correlated with chronic health issues like cardiovascular disease, liver disease, and chronic obstructive pulmonary disease.

“The more-expected outcome would have been something like depression, of course,” says Edwards. “But we found this really large range of different problems, even after controlling for poor health habits like smoking and drinking excessively. So there appears to be some biophysical pathway that is altered because of these adverse events.”

The ACE study has also demonstrated a strong relationship between the number of ACEs and suicide. The results were published in the Dec. 26, 2001, issue of the Journal of the American Medical Association.

“People who didn’t report any ACEs showed a reported prevalence of suicide close to zero. If you reported one ACE, that prevalence doubled,” says Edwards. “By the time you’re reporting three ACES, over 5 percent report a suicide attempt. That number rises to almost 20 percent if you have five or more ACEs.”

The Army’s STARRS New Soldier Study, which is following tens of thousands of new recruits in hopes of identifying actionable suicide risk factors, is also looking at ACEs.

“We are using an early-trauma questionnaire as part of our original evaluation,” says Thomas Insel, director of the National Institute of Mental Health and one of the leaders on the STARRS project. “One of our hypotheses is that childhood trauma is a relevant factor for suicide risk, but we don’t really know for certain yet.”

Martin Teicher, a researcher at Harvard Medical School, agrees with the ACE team that there must be some biophysical pathway altered by childhood abuse. Since discovering more than a decade ago that victims of abuse showed abnormal electroencephalograms (EEGs), he has been studying alterations in brain structure and function linked to adverse childhood experiences.

“Early childhood maltreatment acts as a stressor,” said Teicher. “It can result in a cascade of physiological changes to the brain. And by affecting how the developing brain is structurally and functionally wired, that childhood abuse leads to the emergence of psychiatric disorders.”

But not every person exposure to childhood trauma develops psychiatric problems. Teicher’s research suggests there are particular “sensitive periods” where abuse can derail normal brain development, leading to those later issues.

“We’ve found that the hippocampus is particularly vulnerable to abuse at three to five years of age, the corpus callosum between nine and ten and the prefrontal cortex between fourteen and sixteen years of age. These areas are linked [respectively] to depression, suicide attempts, and addiction,” says Teicher. “We’re trying to hone in on the timing of exposure of abuse and its effects on the normal trajectories of brain development.”

His lab has found that the type of abuse is also important. “Specific types of abuse seem to affect the cortical regions and sensory pathways involved in relaying and processing that aversive information,” says Teicher. “Witnessing domestic violence, for example, affects gray matter in the visual cortex and affects pathways that convey information from the visual system to the limbic system. In contrast, psychological abuse and bullying makes changes to development in auditory processing pathways.”

Teicher believes the data is clear—ACEs play a pivotal, biological role in later psychopathology and other negative health outcomes. And as we learn more about how they do so, he argues, doctors need to be very aware of childhood histories to make sure those with depression or other health issues are treated correctly.

“If the neurobiology of individuals with a history of childhood trauma is different, then the way these individuals respond to typical treatments is also going to be different. And that’s critical to finding the right therapy,” he says. “Individuals with childhood abuse and major depression will have a much poorer response to drug treatment, for example, than those without that history. That means that history is a critical determinant in how to approach their treatment and should never be underestimated.”