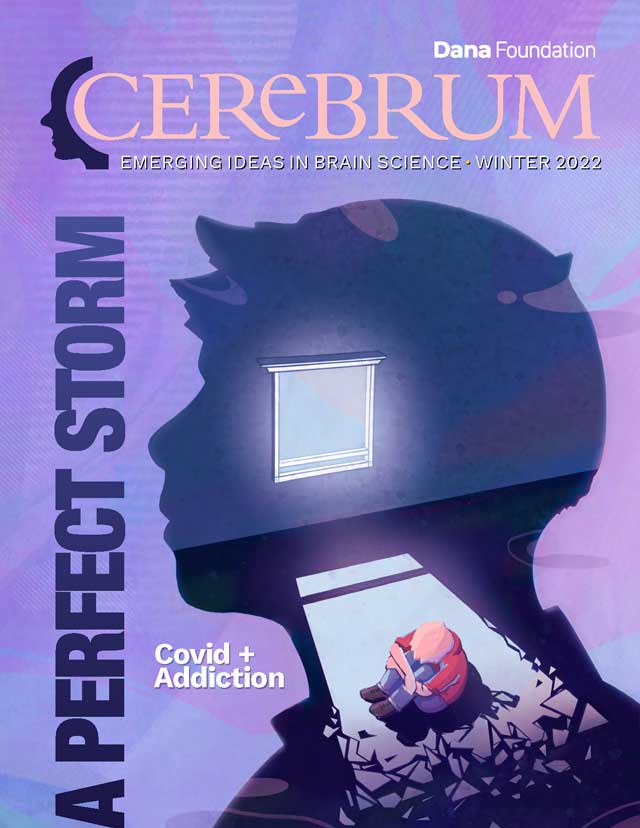 A Perfect Storm
Our authors, who direct the Addiction Institute for the Mount Sinai Health System, address the substance-abuse avalanche brought on by the Covid-19 pandemic.
By Yasmin Hurd, Ph.D., and Timothy Brennan, M.D.

In Her Own Words: Calling the Birds Home
Her photographs won the annual Bob and Diane Fund award—a grant that increases the understanding of Alzheimer’s and dementia.
By Cheryle St. Onge, M.F.A.

Imaging’s Groundbreaking Discovery: 30 Years Later
Randy L. Buckner, who was ranked among the top ten most influential brain scientists by Science magazine in 2016, answers questions about his role in the discovery of a brain network that is triggered by thinking when the brain is at rest or imagining possibilities.
By Bill Glovin

The Great Telemedicine Experiment
Covid precautions have led to a massive increase in treatment from screens and phones. Is it worsening health disparities—and changing medicine permanently?
By Brenda Patoine

Brain Bee Alumni: Where Are They Now?
Since the first Brain Bee in 1998, the competition has inspired many of its top finishers to pursue careers in neuroscience and related fields.
By Kayt Sukel

By the Numbers, Brain in the News

A few brain science books that have recently caught our eye