Back to Parent Page
HomeArticlesBuilding a Genetic Predictor for Alzheimer’s 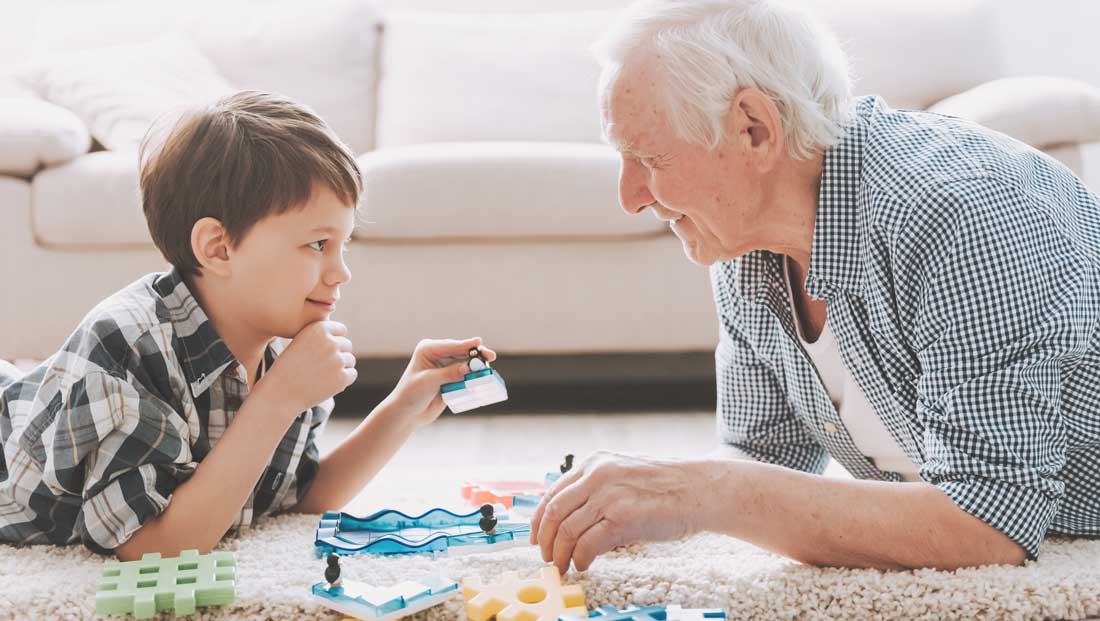 Not so long ago, our understanding of Alzheimer’s disease (AD) genetics focused on a few genes with large effects. The gene for apoprotein E (ApoE) received most attention: People with one copy of the allele ε4 are at three times greater risk of AD than those with other variants; two copies of ε4 means 15 times the risk.

But APOE genotype accounts for less than 25 percent of AD cases. This left genetic influence in most cases unexplored territory.

Things changed with the mapping of the human genome and advent of modern methods to analyze its variations, notably genome-wide association studies (GWAS), which can compare genes between people who develop a disease and those who don’t. “In the last 5-10 years, GWAS has identified some 25 new sites that affect AD risk,” says Gerard Schellenberg, director of the Penn Neurodegeneration Genomics Center at University of Pennsylvania and a member of the Dana Alliance for Brain Initiatives.

“The effect size of any single one of these variants is very small,” adds Carlos Cruchaga, of the Human and Statistical Genetics Program at Washington University in St. Louis. “The question is, if it’s so small, why bother?” The short answer: strength in numbers. “When you combine all of these variants, you know a lot.” In particular, a broadened look at what those in the field call “genetic architecture” has led to studies that aim to sharpen estimates of AD risk.

Recently, researchers at UCSD, UCSF, and elsewhere integrated this approach with epidemiological data to predict not only who is likely to develop AD, but when. “We take into account the Alzheimer’s incidence rates [at various ages] to estimate absolute risk, which is something other polygenic scores have not done,” says Rahul Desikan of UCSF, first author of the paper that described the analytic process.

The researchers chose 31 single nucleotide polymorphisms (SNPs) through GWAS of more than 70,000 AD patients and age-equivalent brain-healthy controls (from an international database) and pooled their effects, giving most weight to those SNPs that increased risk most strongly. They correlated these calculations with AD incidence to derive a polygenic hazard score, or PHS. Applying this index to genomic data on thousands of older adults, gathered from several other databases, they could predict with some accuracy at what age the disease would appear. Those in the highest PHS decile, for example, developed AD 10 years earlier, on average, than those in the lowest.

In a subsequent study, the same research group applied its PHS to National Alzheimer’s Coordinating Center data on 1,073 older people who at baseline were cognitively normal. In the years that followed, 38 percent developed AD dementia. Besides correctly predicting the age at which this occurred, the score was significantly associated with the rate of cognitive decline from baseline. On tests of memory, intelligence, and executive function, that is, performance deteriorated more steeply for those whose PHS was high.

Applying the same analysis to a group of 571 people with mild cognitive impairment when the study began baseline, the investigators found the same associations between PHS, how fast cognitive function deteriorated, and when dementia set in.

“In predicting the rate of clinical and cognitive decline in asymptomatic individuals, PHS was more useful than APOE alone,” says Chin Hong Tan, first author of the paper reporting this research.

Carlos Cruchaga used the polygenic approach to address other questions: the genetic relationship between the bulk of AD that develops late in life, and the 1 percent that occurs early (before age 60 or 65); and between “sporadic” cases (few other family members had the disease) and those with a strong family history. Beneath the surface, do these different presentations share a common genetic architecture? To explore this question, his research group used a 21-gene polygenic risk score (PRS) they derived from analysis of sporadic late onset cases.

The same set of genes, the researchers found, predicted the risk of familial late onset AD. And among sporadic early onset cases, the PRS effect was significantly stronger. “This suggests that the separation of AD into early and late onset is totally artificial. There’s a continuum: the age of onset follows normal distribution,” Cruchaga says.

While the question his group explored was different, their findings were consistent with the PHS studies, he says: higher polygenic scores are associated with earlier onset.

Another part of the study underlined the point. The researchers calculated the PRS for 271 people who carried an autosomal dominant mutation found in families where early onset AD is common. While their PRS score didn’t reflect their risk of AD, which was already sky- high, it was associated with levels of a CSF biomarker strongly predictive of accelerated descent into cognitive impairment and dementia.

Studies like these identify genes that increase AD risk but leave unanswered questions of how. Is their effect simply additive, or do the genes work together? Can genetic architecture illuminate underlying processes? There’s no answer as yet, says Cruchaga. “The field has not been able to demonstrate statistically significant epistasis [where one gene modifies the effect of another]. But biologically, when we look at the genes, we see that they’re not randomly selected across metabolic pathways… many are part of the same pathway.”

In his own research, says Gerald Schellenberg, “our early work highlighted amyloid and APP [amyloid precursor protein] metabolism. The newer stuff sees the innate immune system as part of the genetic risk; 20-30 percent of the GWAS signals we’re getting look like part of [this] system.” For example, he was an author of a 2017 study that identified AD-associated variants of three genes that are highly expressed in microglia—brain cells in that play a leading role in immune processes.

“There’s now a lot of biochemical and cell biology work to do to get at the mechanism of how these things work,” he says. “That’s the hard part—the genetics is more straightforward,” he says.

There’s clearly much more to come in the genetic area, too, Schellenberg says. “We probably know 5-10 percent of genes that have a measurable risk for AD, and APOE probably accounts for half of the information we have. If we knew all the genes, we’d have much better predictive power to say who would get the disease at a younger and older age.”

“I think the PRS is here to stay for a long time,” says Cruchaga. “We’re going to expand it to include low frequency variants that have large effects, and combine genetic architecture with environmental risk factors and age.” In the foreseeable future, he says, “I think prediction scores will not only be driven by genetic variance but also by biomarkers such as CSF and amyloid imaging.”

The field needs more diversity, researchers agree. “Right now, most genetic studies have been in people of European origin,” says Cruchaga. “We don’t know how well [polygenic risk scores] will work for African Americans, Latinos, or Asians. We need to extend it to all ethnicities.”

Besides serving the need to develop treatments for everyone affected, more diversified studies could provide important new information. “We know that risks differ [among populations],” says Schellenberg. ”If we study other ethnic groups, we’ll probably discover different genes that will add to our understanding.”

The findings already in hand should be useful to researchers in designing trials of drugs for AD, says Cruchaga; enrolling individuals at genetically higher risk of early onset AD could lead to faster progress and better data. Genetic risk might help direct prevention efforts, like dietary and lifestyle intervention, to those most likely to benefit.

Should effective disease-modifying drugs be developed, “the goal would be to stop AD before cognitive symptoms develop, and genetics would help us know who needs them,” says Schellenberg

In the face of increasing research activity and impressive progress, it’s still necessary to maintain perspective, cautions Rahul Desikan. “Our work along with others’ suggests that family history and genetic risk are very important in AD. But it’s also important to remember that numerous other factors influence risk, and that genetics is only one part of the puzzle.”