Back to Parent Page
HomeArticlesBringing Consciousness to the Stage 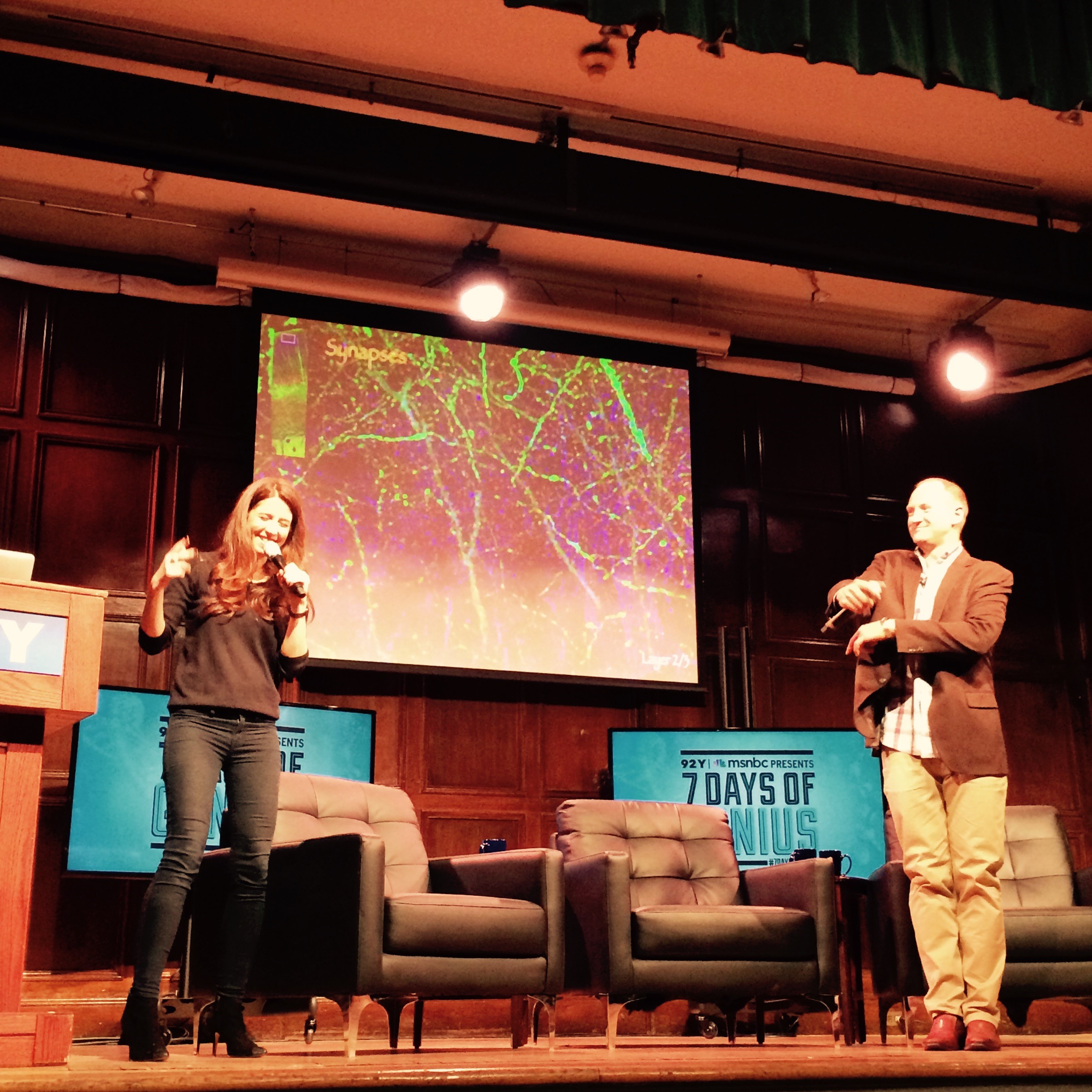 An ongoing challenge in brain research is trying to understand how neuro-activity creates consciousness or the awareness of one’s self.  For example, we don’t understand how the brain creates colors and or why individuals process smell differently. Your favorite color is blue; mine is green. You hate even a sniff of gasoline, but I enjoy it. These are the hard problems of neuroscience and philosophy that we haven’t made a great deal of progress on.

Enter Baba Brinkman, a performance artist who has taken on explaining what makes our brains tick using words and images. His one-man, somewhat interactive show, “Rap Guide to Consciousness,” at the SoHo Playhouse through the middle of May, fuses hip-hop, humor, and neuroscience together in a 90-minute multi-media presentation that attempts to explain complex topics such as free will, artificial intelligence, the effects of psychedelic drugs, Bayesian probability, the presence or absence of thoughts in infants and animals, and much more.

Brinkman, 39, a native of Western Canada who has done similar performances on climate change, evolution, and human nature, was drawn to the topic of consciousness when he was invited to the 2016 Science of Consciousness conference in Tucson, Arizona to entertain by writing and performing daily rap summaries of lectures. It was there that he met Anil Seth, co-director of the Sackler Centre for Consciousness Science at the University of Sussex, who encouraged him to put together the show and served as the show’s primary scientific consultant.

Also instrumental was Brinkman’s wife, Heather Berlin, a Harvard and Oxford University-trained neuroscientist who is an assistant professor of clinical science at the Mt. Sinai School of Medicine in Manhattan. Berlin conducts research on the neural basis of impulsivity, compulsivity, and emotion. Brinkman used Berlin as a sounding board for the better part of the year he spent researching and writing the show. At the end of the performance I attended, Berlin came on stage to help address questions from the audience.

When Brinkman premiered the show at the Brighton Fringe Festival in England, Seth brought his entire neuroscience lab. “The Q&A was very well informed and I knew I needed to be up there representing the current view of the science for the play to get any traction among both the research community and a wider audience,” says Brinkman.