Back to Parent Page
HomeArticles#Brainweek: Everything is Hallucinated 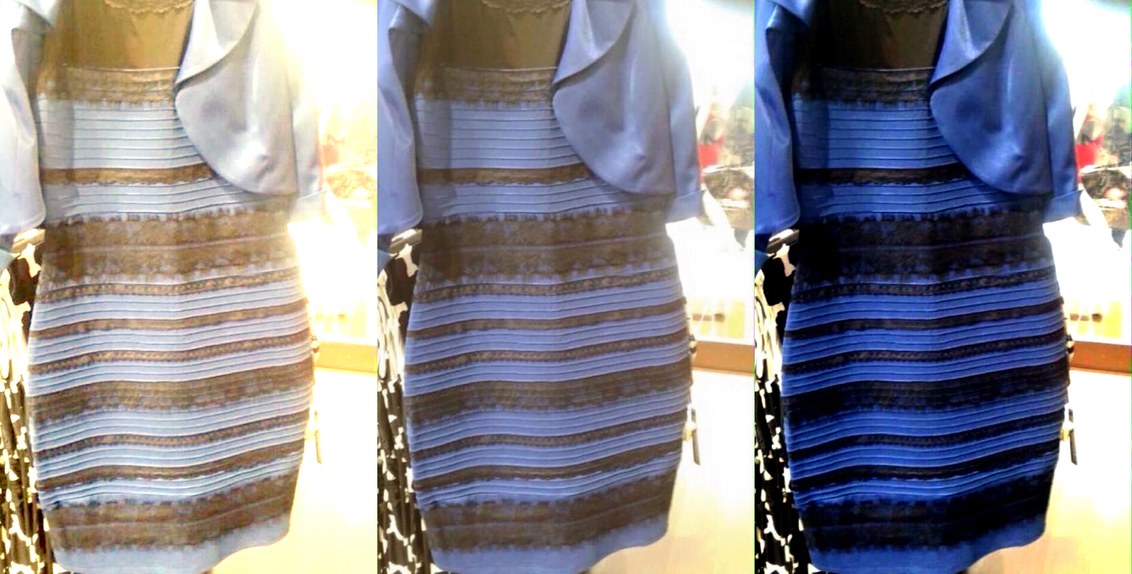 Remember “the dress” phenomenon? A viral sensation, people took to social media to passionately argue over whether a photographed dress was blue and black or gold and white. How can this be? We rely on our senses to help us navigate the world, but what if I told you our individual perceptions are not always what they seem?

Well, don’t take my word for it, that’s what I learned from NYU neuroscientist David Schneider at Tuesday night’s show, “Everything is Hallucinated.” Held at “intelligent nightlife” venue, Caveat, on the Lower East Side of Manhattan, Schneider was directed by theater director Sarah Hughes in a performance-meets-academia talk–with props and illusions. This is one of many events with a neuroscience slant planned this week at Caveat for Brain Awareness Week (March 12-18).

If healthy brains can’t process information uniformly, does that mean they are maladaptive? Quite the contrary, explained Schneider. Brains process an onslaught of sensory information through filters based on our own internal models–memories we form through individual life experiences, he said.

In the case of “the dress” dispute, a popular theory by vision scientist Pascal Wallisch is based on how light perception informs color distinction–particularly zeroing in on whether the photograph of the dress was taken in natural or artificial light.

Wallisch surveyed 13,000 people and divided them into two categories: early birds (rise and go to sleep early) and night owls (stay up and sleep late). He found that early birds, who are exposed to more daylight on a regular basis, were more likely to see the dress as white and gold. Alternatively, night owls, with more exposure to artificial light, mostly saw the dress as blue and black (the actual color of the dress).

He explains in an article he wrote for Slate last year:

…[P]eople who thought it was illuminated by natural light were also more likely to see it as white and gold. Why? Because the sky is blue, daylight also overrepresents short wavelengths, compared with relatively long-wavelength artificial (until recently, usually incandescent) light. Just as mentally subtracting blue light leaves the image looking more yellow, mentally subtracting yellow light from an image leaves an image looking more blue, which is what I found empirically.

At the show, Schneider set out to prove Wallisch’s theory. Dividing the attendees by sleep patterns (I identified with early birds), we took a vote: white and gold or blue and back? And just as predicted, night owls were more likely to see the dress as blue and black with a ratio of about 2:1 (I was an outlier).

But our augmented perceptions are not just limited to the visual world, and Schneider demonstrated a few simple ways our brains are susceptible to parlor tricks, using sound and space.

The first one, lipsyncing words to a recording, can often fool people (Britney Spears’ concerts, anyone?). Mouthing words is not a typical behavior, so it makes sense that our brains assume that people are actually speaking. Plus, as Schneider explained, there is often competing noise the brain has to filter out.

In another example, Schneider left the stage to retrieve some props. As items were thrown from behind the curtain, we assumed that it was Schneider himself in action. But, moments later, he revealed himself to be lounging in a chair towards the back of the audience.

The evening was full of interactive and fun mind games, with clear explanations from Schneider, but I can’t go through them all. So I will leave you with some pretty incredible 3-D illusions from mathematician Kokichi Sigihara, shown to us that night:

The first, the Ambiguous Cylinder Illusion, won second-place in the 2016 Illusion of the Year contest and shows two 3-D shapes that appear differently when viewed directly than in their mirrored reflections.

The second, Impossible Motion: Magnet-Like Slopes, winner of the Best Illusion of the Year in 2010, shows what appear to be marbles rolling up inclined tracks.

We’re well into this year’s Brain Awareness Week, but there’s still time to find cool events to attend! Search our international calendar for events in your area. If you’re local to NYC, check out the braiNY calendar (recently plugged by The New York Times–scroll to bottom of article).https://dana.org/baw/calendar/