Back to Parent Page
HomeArticles#Brainweek: BioBase 2018 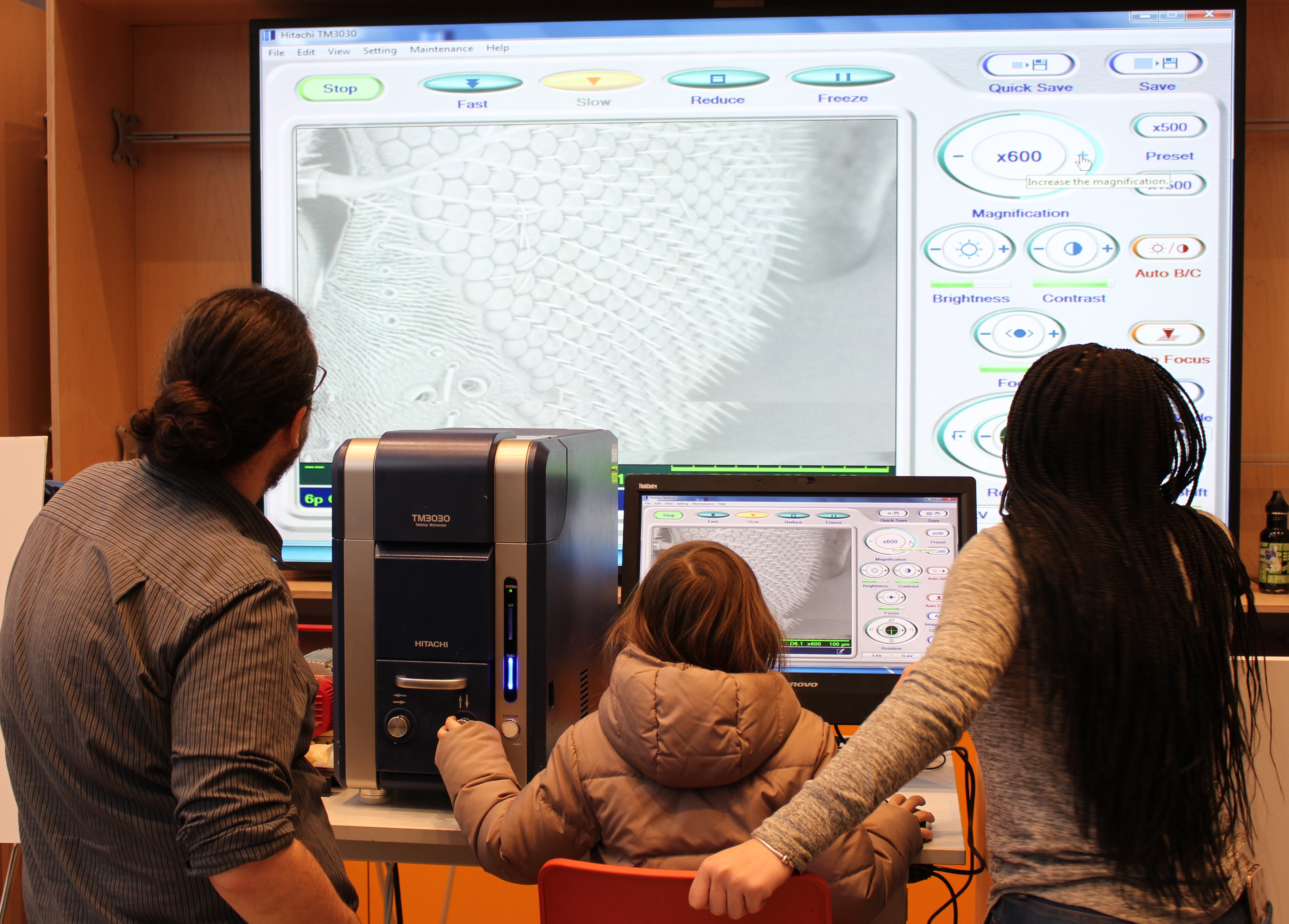 A young visitor tests the microscope's magnifying power by zooming up on an ant's eye.

One of the newest buildings in Harlem’s historic neighborhood is now home to the Jerome L. Greene Science Center, part of Columbia University’s Zuckerman Mind Brain Behavior Institute. The idea behind the Science Center’s construction was to have a designated place to support human connection, intellectual excellence, and pioneering research that goes beyond traditional academic boundaries. So, it only makes sense that the state-of-the-art glass and steel research center is where the BioBase opened its doors to the public for Brain Awareness Week on Monday.

The BioBase was bustling with young students and adults who explored the various stations to test out science experiments and research-grade lab equipment for themselves. Chief scientist Latasha Wright, Ph.D., who spearheaded the creation of the BioBase and the internship program at its sister facility, the BioBus, gave me a tour of the community lab and explained the different experiments that were designed to engage everyone from grades K-12 and up.

High-power microscopes were featured at a few other stations that more closely resembled the compound microscopes from high school science class, except these were much more advanced. These differed from the scanning electron microscope because they were also connected to a live camera feed that displayed the different specimens. Wright showed me a live Daphnia moving around on the screen above one dissection microscope. Daphnia are tiny, semitransparent crustaceans found in freshwater, she told me, and the one we were seeing was a local from the Bronx River. 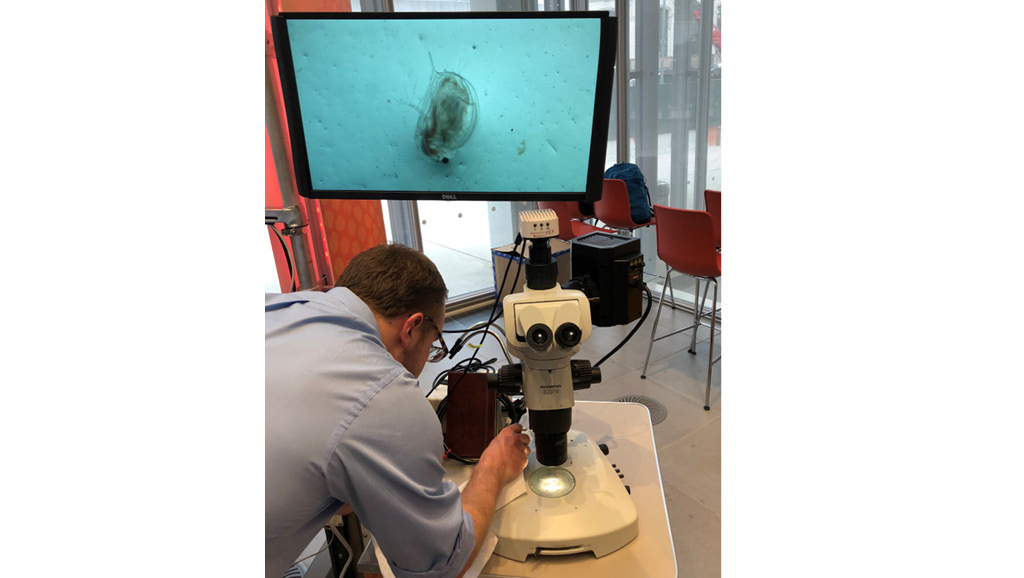 Other stations included an arts and crafts table, where kids were busy making their own pipe cleaner neurons, and another table where people had the chance to examine brains from different animals. All varying in size, the scientist in charge of this station showed onlookers the preserved animal brains from a baboon, a sheep, and rat. She also gave everyone a pair of gloves for a chance to hold a human brain! 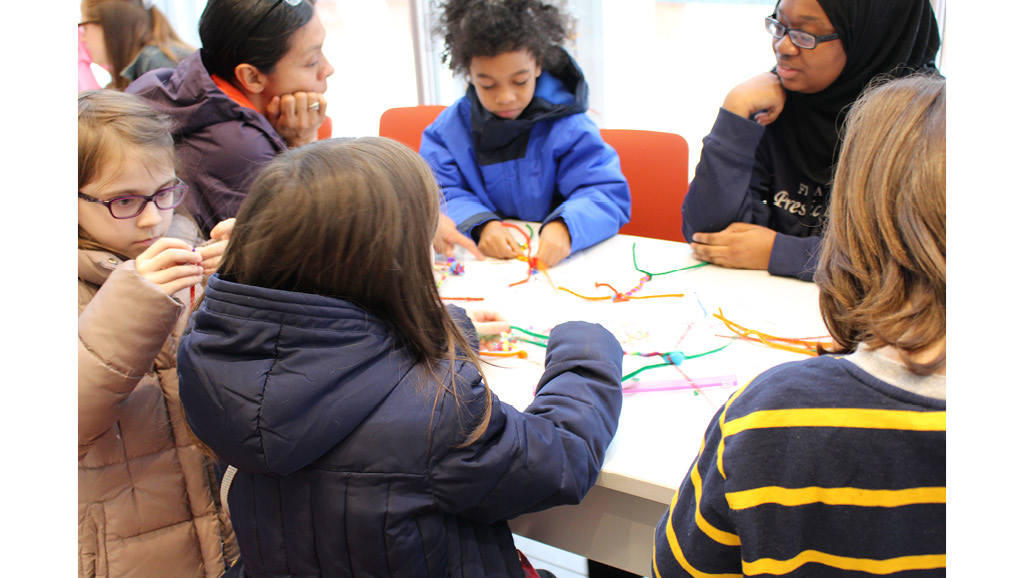 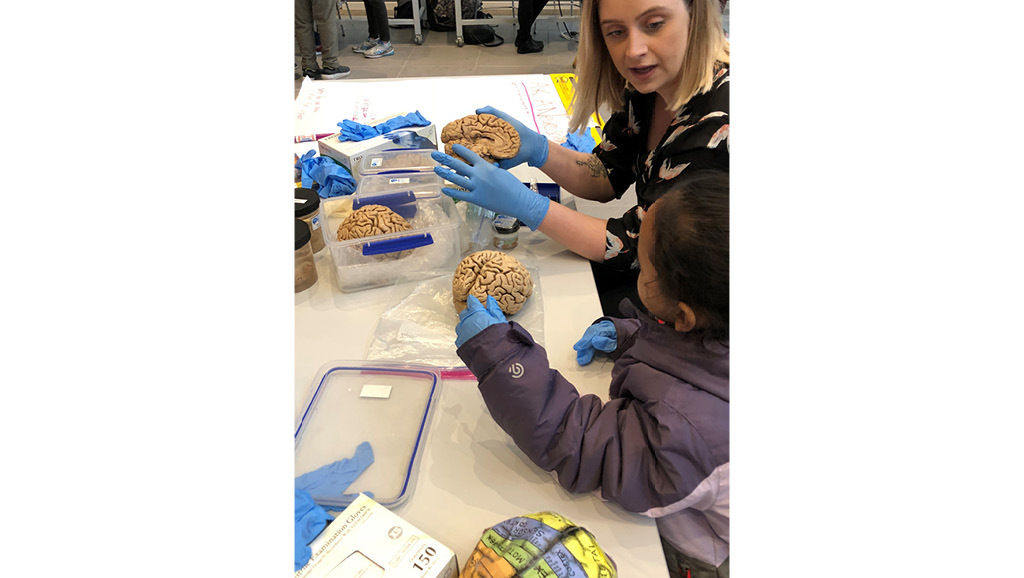 One section of the BioBase focused on the human senses, with one table explaining the various conditions that affect eyesight (e.g. cataracts, color blindness, age-related macular degeneration) and another explaining the neuroscience behind our sense of touch. One experiment had different strips of sandpaper on the table to ask participants whether they thought their pinky or pointer fingers were more sensitive. (Turns out, it’s the pinky!) 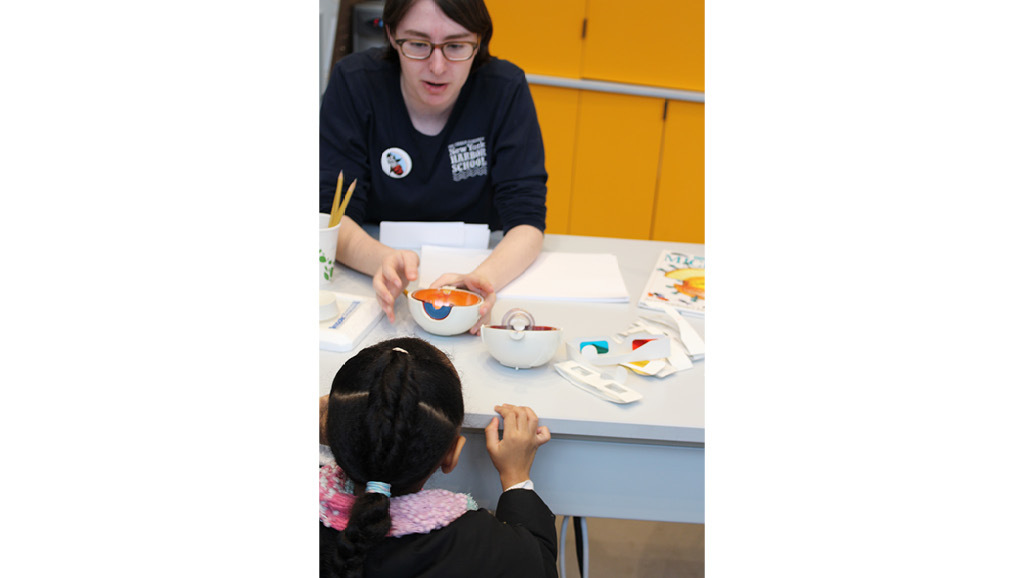 The most popular experiment among younger kids was, of course, the classic jellybean challenge to explain the science behind taste. Students gathered around the scientists who passed out jellybeans and asked everyone to hold their noses before eating them. Because flavor is a combination of smell and taste, the jellybean didn’t taste like much while our noses were closed. They explained that our brain has the ability to discern five tastes through receptors on our taste buds: sweet, sour, bitter, salty, and umami. 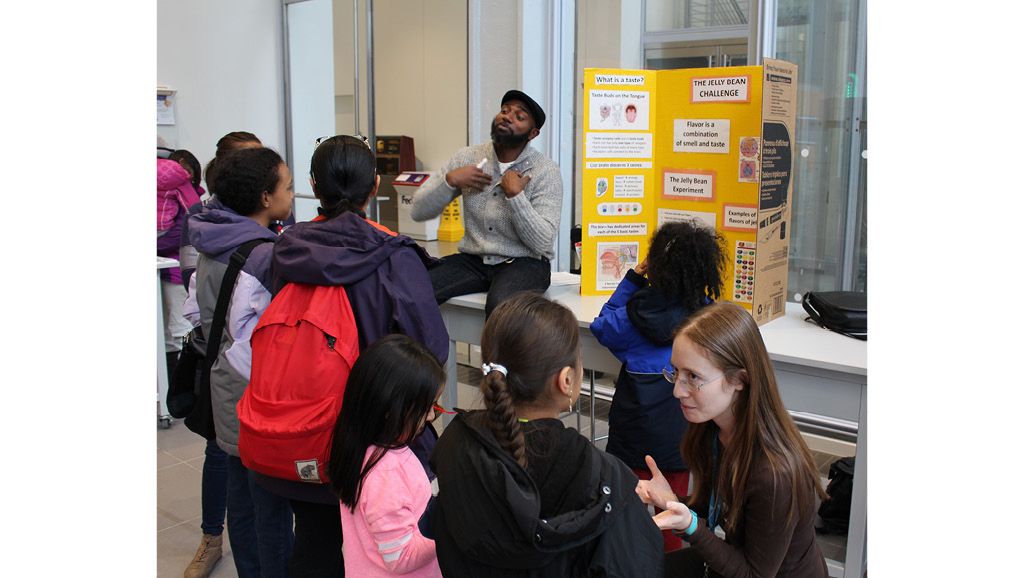 My personal favorite was the termite station, where the question was posed, “Do termites have a favorite color?” This aimed to explain how pheromones are used by both simple and complex organisms and serve a variety of functions, such as marking territory, communicating danger, attracting a mate, or marking a trail. Regular computer paper had different shapes drawn from blue, black, red, and green pens, and one lone termite was left to traverse the marked-up page. At first, it moved all across the paper, until it suddenly started to trace a large circle drawn in blue ink. An adjacent microscope also had a live termite moving around a concave slide so that everyone could see the small bug up close on the overhead monitor. 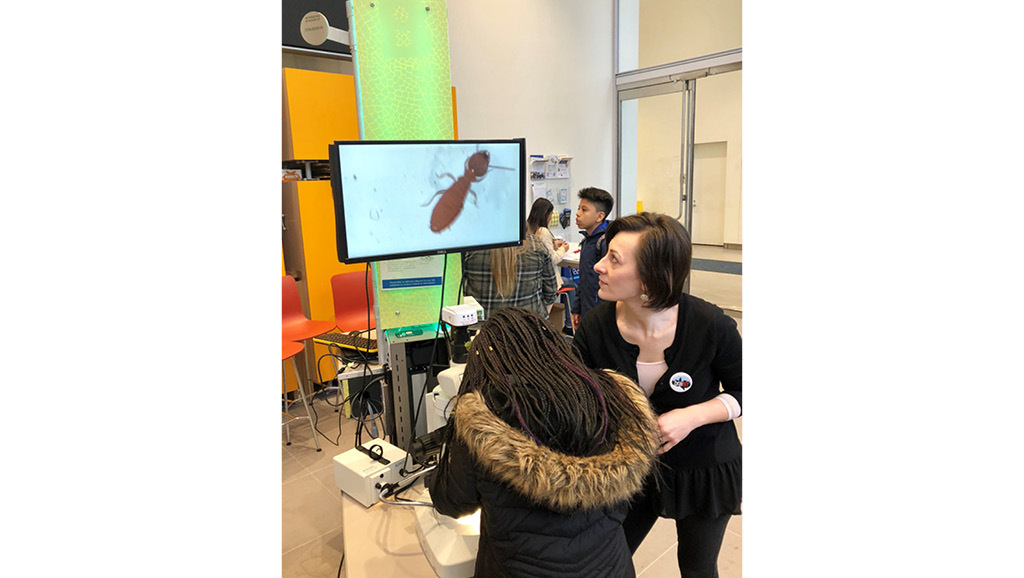 If you’re in New York City this weekend, be sure to stop by the BioBus, which will be stationed on 125th St. in Harlem for people of all ages to have fun and explore the brain! More details on the free event can be found here. Neuroscientists from braiNY will be on hand to guide visitors through the displays, answer questions, and present various activities.