Back to Parent Page
HomeArticlesAnxiety’s Ties to Dementia 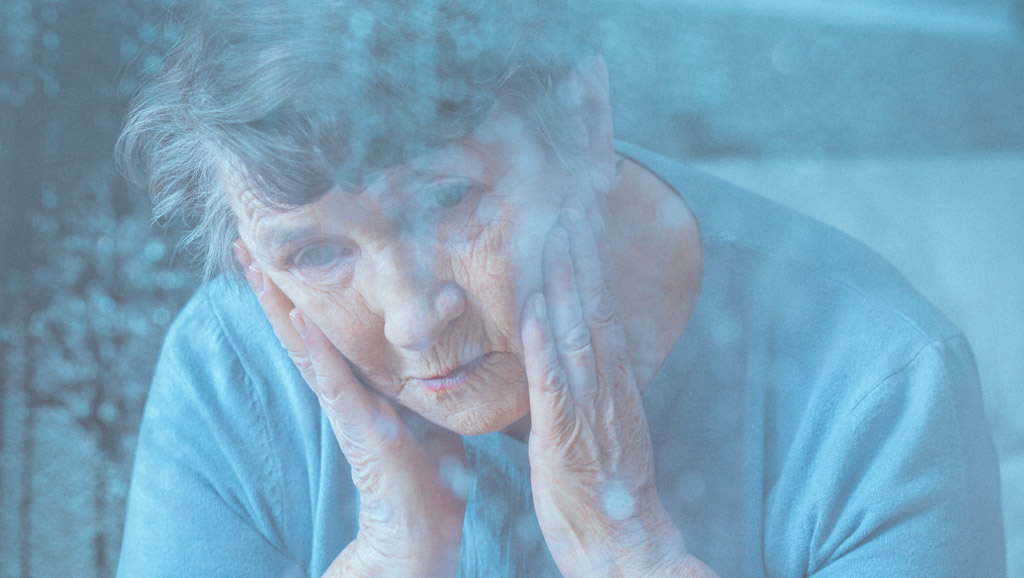 Dementia doesn’t come out of nowhere. It’s a consequence of multiple causes, and hunting them down is an active area of research.

“Because we don’t have a cure, there’s increasing focus on prevention—identifying modifiable risk factors,” says Natalie Marchant, of University College London. “We’ve really hammered down on vascular risk factors, and now we’re expanding the window of attention to think about others.”

Among them, mental health issues have attracted considerable notice—particularly depression, which accumulating data suggest doubles the risk of dementia.

Compared to depression, anxiety is somewhat under the radar. But a growing literature suggests that this more common malady—an estimated one American in five has an anxiety disorder—is strongly linked to mental decline as well.

But evidence of an association raises a vexing question. Anxiety is often part of a dementia prodrome—it emerges well before cognitive deficits. Does this entirely explain the link, or might anxiety contribute to, rather than simply reflect neurodegeneration?

For insight into the question, Marchant and colleagues combed through thousands of studies for those in which clinical levels of anxiety at midlife were associated with dementia diagnosed at least 10 years later. “We thought if we could expand the time window, we could say with more confidence that anxiety may actually be a risk factor,” says Marchant.

Only four studies met the 10-year criteria, but these involved nearly 30,000 people. The findings, reported this year in BMJ Open: controlling for depression, highly anxious individuals were 1.5 to 7 times more likely to develop dementia than others. “We still don’t know if anxiety is an independent risk factor rather than just a prodromal symptom, but [our findings] give greater support” she says.

Theories about the underlying biology are not in short supply. In a 2016 paper, researchers reviewed evidence suggesting that anxiety disorders accelerate a global process of cellular aging. A number of studies, the authors noted, associated anxiety with “neuroprogression,” signs of brain aging that include structural and functional changes along with reduced neurogenesis and cognitive decline. More general indications of cell aging, telomere shortening and activated inflammatory pathways, were also linked to anxiety.

To Marchant, a “dysregulated hypothalamus-pituitary-adrenal stress response system… is a biological mechanism worth investigating. We know that chronic elevation of stress hormones is bad for the brain—it might leave it more vulnerable to AD [Alzheimer’s disease] pathology. This is a line of research I’d like to follow,” she says.

Linda Mah, of Baycrest Health Sciences at the University of Toronto, explored the stress response-dementia link in some detail in a 2016 review paper published in Current Opinion in Psychiatry. “Chronic stress and anxiety affect the brain and body in the same way,” she says. The “fear circuitry” they share predominantly links the amygdala, limbic system, hippocampus, and prefrontal cortex [PFC]. Put simply, the experience of fear, stress, or anxiety activates the amygdala and limbic system. “If the brain is working fine, that reaction should be dampened after it is no longer appropriate, and the part of the brain that turns it off is the medial PFC and hippocampus.

“But when people feel chronic stress or anxiety, the connection between these brain areas is lost; they can’t talk to each other,” says Mah. “There’s also an alarming change in structure: shrinking of the hippocampus, and loss of neurons in the PFC.”

These same areas, she points out, are implicated in dementia. “The hippocampus is the main brain region in memory formation; if it is shrinking and unable to generate new neurons, you can’t continue to learn and remember things. Hippocampal atrophy is one of the more robust biomarkers of AD.”

Her hypothesis, she says, is consistent with population studies, like those cited in Marchant’s review, that linked anxiety with later dementia.

In her own study of 376 patients with amnestic mild cognitive impairment (aMCI), the severity of anxiety at baseline predicted progression to Alzheimer’s disease 36 months later. The anxious individuals were also more likely to show progressive atrophy of the entorhinal cortex on MRI, according to findings published in American Journal of Psychiatry.

The entorhinal cortex (EC), one of the earliest brain regions to change as Alzheimer’s develops, transmits signals between the hippocampus, PFC, and amygdala, although it is not part of the fear circuitry. “The EC has not been talked about in regard to emotional regulation,” Mah says. “I’d be interested in looking at that.”

There may be a genetic element linking anxiety and dementia as well. Using data on 2300 twins from the Swedish Adoption/Twin Study of Aging, Andrew Petkus found the usual association over an unusually long follow-up period— subjects who were more anxious in middle age were nearly 50 percent more likely to develop dementia an average of 28 years later.

As reported in Alzheimer’s Dementia, periodic evaluations also found that test of cognitive function, such as processing speed, declined more steeply over the years of the study in the anxious group.

“Even in individuals with mildly elevated anxiety, there was an association,” says Petkus, of University of Southern California.

The analysis paid special attention to twins who were discordant for dementia—one developed the condition and the other did not. Among dizygotic pairs, the affected twin was more likely to have had high anxiety at midlife than the unaffected cotwin. But the association was not significant for their monozygotic peers.

Because monozygotic twins are genetically identical while dizygotic twins have just half the same DNA, “this suggests that there is some genetic factor shared between the risk for anxiety and dementia,” Petkus says. “Genes common to [the two conditions] may be explaining some of the association.”

The genetics of both anxiety and late-onset dementia are clearly complex, involving multiple genes that each make small contributions to the disorders, he points out. But identifying those they have in common could lead to new insights into their underlying neurobiology, and novel treatment approaches.

Researchers are quick to reiterate that an association between anxiety and dementia doesn’t prove causation. “It could be the brains of people at risk of AD in the future are already more vulnerable to things like stress,” says Mah.

To clarify their relationship as well as explore therapeutic applications, Marchant and other researchers are testing whether non-pharmacological interventions to reduce anxiety will reduce the risk of dementia too. She is leading a clinical trial of 8 weeks of training in mindfulness and compassion meditation, aimed to ameliorate health-related fears and anxiety in general among older people with “‘subjective cognitive decline’—they are highly worried about loss of memory and thinking, but cognitively intact.

“We are following the group for 5 years to see if reducing anxiety levels has an impact on cognitive function and dementia,” she says.

A larger study involving a consortium of universities across Europe is looking at a similar stress-reduction intervention, measuring changes in anxiety and other mental health parameters, and using neuroimaging and blood levels of amyloid and tau protein to track the impact on the brain.