Today is Alzheimer’s Action Day. In recognition of that, I interviewed Dana Alliance member Reisa Sperling, M.D., the director at the Center for Alzheimer Research and Treatment at the Brigham and Women’s Hospital in Boston.

How can someone tell the difference between normal cognitive decline and Alzheimer’s disease?

It’s part of normal aging to have momentary lapses where you can’t remember where you put your keys or the name of the actress you saw in a movie last week. What I think is not normal is forgetting 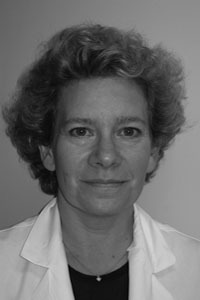 you went to the movies at all or forgetting you drove your car that day. It is somewhat a matter of degree. It’s whether you remember that you forget. If you are actively searching for your keys, that is part of normal aging. But some people forget they even lost their keys. It’s hard to have an absolute answer because the earlier you go back in Alzheimer’s disease the closer it gets to what is probably the overlap with normal aging. I try to determine the difference.

How do you go about that?

I always ask to talk to someone who has known the person for many years, to get a sense if they have changed from their baseline. Some of us have always been forgetful. Memory loss for that person is not as worrisome as for someone who has always had a steel-trap memory and now needs to be reminded about important events. When a person starts repeating questions—because they forgot they already asked and someone answered them—that is often a worrisome sign.

How many people have Alzheimer’s in this country and is that number expected to grow as our population ages?

Estimates are that there are close to six million people with Alzheimer’s disease/dementia in the U.S. right now. That number is expected to triple by 2050. I think that is a conservative estimate because our population is aging and we’re doing a good job of keeping people alive from cancer and heart disease, which tips the balance to people ending their lives with Alzheimer’s/dementia. I’m hopeful our public health initiatives—like stressing the importance of exercise, for example—will lower other contributing factors to dementia. Even though they may not directly affect Alzheimer’s disease, they make the brain more resilient.

What are you working on now?

I’m working on a secondary prevention trial in which we are going to look at normal, older individuals who we know are at risk for Alzheimer’s disease/dementia because they have biomarker evidence of amyloid pathology. They had a PET scan that suggests they already have amyloid in their brain and they are going into what we hope is a very large trial—an A4 trial, which stands for Anti-Amyloid Treatment of Asymptomatic Alzheimer’s disease. Our goal is to see if we can slow the rate of early cognitive decline by decreasing amyloid in the brain, and ultimately prevent progression to Alzheimer’s/dementia. We’re working hard because we hope it will launch in 2013.

There has been a lot in the news lately about two Alzheimer’s studies. Were they determined to be failures?

I presented some of those data in Stockholm last week. There were two big trials. The one I presented was for bapineuzumab, an antibody. Disappointingly, there was no evidence that bapineuzumab had a positive clinical benefit on any of the markers. But with the biomarkers—in lay terms, a measure of amyloid burden and marker of nerve  cell injury—we did see evidence that drugs had a positive effect even though they didn’t have a clinical effect. I think this suggests we might be on the right track with amyloid lowering by being able to also prevent nerve cell injury or slow it down. But I think we’re doing it too late in the disease process and we may be doing too little—we may need higher doses or more exposure over a longer period of time to really have an impact on the disease.

On October 8th I am going to present in Boston. Eli Lilly will also present on their antibody, called solanezumab. Hopefully the conference will lead to an interesting discussion across the two drugs to determine where we go from here.

What makes you most hopeful about future treatment of Alzheimer’s?

I can see the field shifting towards a prevention mindset. The recognition that Alzheimer’s disease may begin in the brain a decade before symptoms show allows us to move to the same prevention mode we have for heart disease and cancer. We lower peoples’ cholesterol to prevent a stroke. We do screening to prevent cancer from causing a problem. I think we have a long way to go, but I see us moving that way with Alzheimer’s disease. Part of that change has to do with public awareness. Even 30 years ago, people were afraid to say the ‘C’ word—cancer—and now we have walks, public awareness campaigns, and people get screened. I believe we will get to the point where we can use the ‘A’ word—Alzheimer’s—and people will see it as a preventable illness. We have a lot of work to do to get to the point where we have accurate screening tests; ideally they will be less expensive and easier to perform. But I see us moving that way and it gives me hope that at least the next generation will see Alzheimer’s disease as a preventable illness.