Back to Parent Page
HomeArticlesAging and Decision-Making: A Neuroanatomical Approach 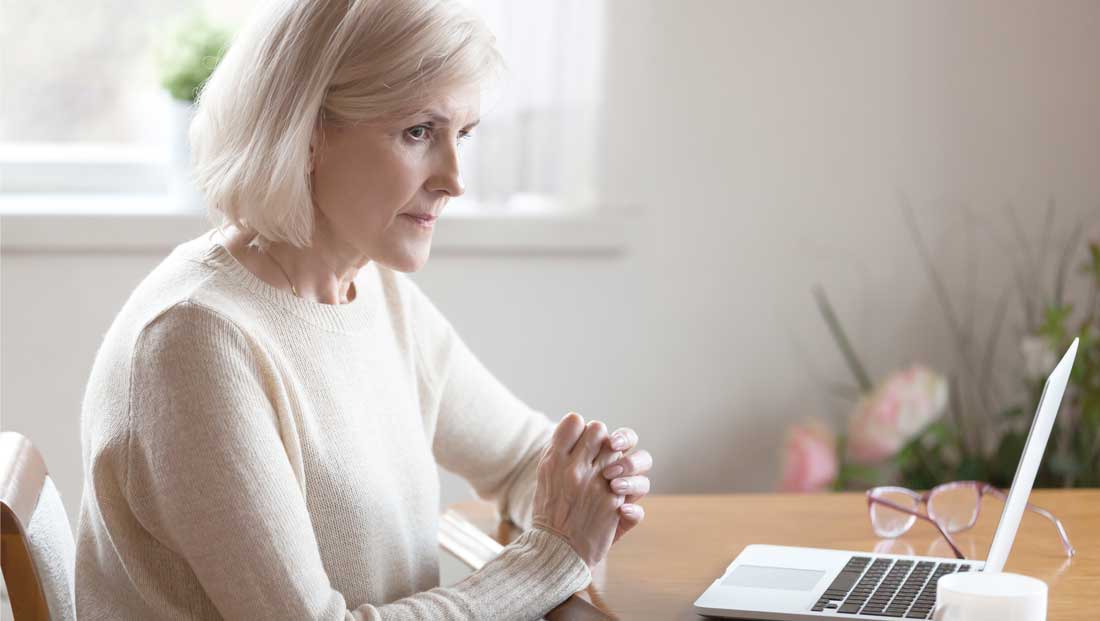 Common wisdom holds that our cognitive faculties decline as we age. Many studies suggest that our attention wanes, our memories fade, and our processing time slows as we get older. As such, it’s been widely assumed that elderly adults are more likely to be poor decision-makers—especially when it comes to dealing with money or other financial matters. But not all decisions are created equal, nor are the cognitive skills required to make them. New research from New York University suggests that a specific brain region is associated with making rational economic decisions and that scientists should be looking at both the brain’s anatomy as well as functional cognitive assessments to better understand how the aging process may affect how, where, and when we decide.

If you pay attention to the popular media, it would seem that older adults are terrible at financial decision-making. Headlines suggest they make poorer financial choices, are more risk-averse, more likely to be scammed, and are less rational than their younger counterparts. For the most part, psychological research has supported those notions. Ulrich Mayr, a psychologist who studies aging and decision-making at the University of Oregon, says that, over time, the brain slows down and that can make some kinds of decision-making more difficult.

“Consider something like a game of chess. That requires computational power. You have to process information, react to the moves your opponent makes, think a few steps ahead so you can decide what your next move should be,” he explains. “And those are the kind of processes that appear to decline as we age.”

That decline of overall computational power, and the decline of important cognitive faculties like attention and memory with it, means that older adults often make irrational decisions, especially in response to financial tasks. Rationality in this context, Mayr explains, is simply a measure of consistency.

“Rationality is a big word. For economists, it means that you are incredibly consistent with your choices,” he says. “And you may see inconsistencies occur in financial decision-making tasks because of that loss of computational power in the brain. It’s kind of a cog in the system that results in more noisy and sloppy processing—and that can often result in a lot more errors when you have to make a choice.”

But Gregory Samanez-Larkin, a neuroscientist who studies aging and decision-making at Duke University, says that so much of the aging-related decision-making research makes it seem like everyone is doomed to lose their higher order cognitive faculties. New research suggests that is not necessarily the case.  Several studies suggest that cardiovascular exercise can improve blood flow in the brain, rescuing executive function.  Other cognitive skills may actually improve with experience, to boot.

“Certainly, we see declines in memory and attention,” he says. “But there are other aspects of cognition that get better as we age. Things like emotional processes, problem solving, expertise, and social context. And making a decision is going to use a mix of all of that stuff—so depending on the context, and the kind of decision you are trying to make, you are going to see different effects. And it’s not always going to be a negative effect.”

Where might that cog in the system be? To better understand the neural substrate that might underlie the irrational decision-making effects found in financial tasks, Paul Glimcher, a neuroeconomist at New York University, and colleagues used whole brain voxel-based morphometry analysis to look for reductions in gray matter volume in healthy adults between 65 and 92 years of age. Before undergoing a structural magnetic resonance imaging scan, each participant completed an economic rationality test looking for violations of the Generalized Axiom of Revealed Preference (GARP). Simply put, if a participant stated they had a preference for chocolates over crossword puzzle books, yet did not consistently select chocolates in different choice tasks where they were offered different numbers of each item, it was considered a GARP violation. For the study, participants made selections between different bundles of small consumer goods like mass transit tickets, chocolates, and Sudoku books—goods for which they had earlier stated they had strong preferences. For example, a single trial might show them seven bundles, with each having a varying number of each items. The bundles represented economic trade-offs—to get one more crossword book within one bundle, they might have to give up two chocolates. A different bundle might have more chocolates for less crossword books. Participants were asked to select the bundle they liked best. Over 11 trials, the researchers could measure whether the participants were consistently selecting their preferred item. When the researchers compared those scores to the MRI scans, they found that reduction of gray matter density in the ventrolateral prefrontal cortex, an area involved with executive control, was highly correlated with more inconsistent choices. Chronological age, however, was not.

Hui-Kuan Chung, a graduate student in Glimcher’s lab, says this finding was a bit of a surprise but it does show that the anatomical brain structure was related to more irrational decision-making than a person’s age.

“It’s not just that people are getting older and that’s why they tend to make more inconsistent decisions. It’s the change to this part of the brain,” she says. “The frontal lobe is very important for many higher cognitive processes. And we further saw, using a program called Neurosynth, that this area, the ventrolateral prefrontal cortex, was highly co-activated with many other decision-making areas that have been found in other studies. So it makes a lot of sense. The brain isn’t as healthy and it is affecting how they make decisions.”

While Mayr agrees that the Glimcher lab’s findings do fit well with existing literature, he cautions that it is limited to this economic rationality. He stresses that decision-making involves a range of cognitive abilities, some of which actually improve with age.

“As we get older, we gain more experience. So if we go back to that chess game, as you play more and more, you know more about the patterns and potential moves. That makes you better at the game,” he says. “There’s this idea that the brain just goes downhill over time. But if you look at different skills or different domains, you will see different trajectories of peaks and declines. That trajectory will differ depending on the kind of decision-making situation you are looking at. It also depends on the individual. We see a lot of variance between different people.”

That’s why Samanez-Larkin says this study is so important: It focuses not on age but rather a change in the brain itself.

“Certainly, the volume decline of gray matter as we age is undeniable. We see this in a lot of studies. But there is a ton of unexplained variance. Some people have more loss of that gray matter than others. We don’t yet understand why—and it can’t be explained by age alone,” he says. “So doing more studies where we can understand who is having this kind of decline and why they are having it is super important so we can figure out why some people may have trouble with financial decisions, or other types of decisions, later in life. But we need to stop assuming it’s all just age and do the research to really figure it all out.”