Back to Parent Page
HomeArticlesAdjusting Sleep Schedules for School 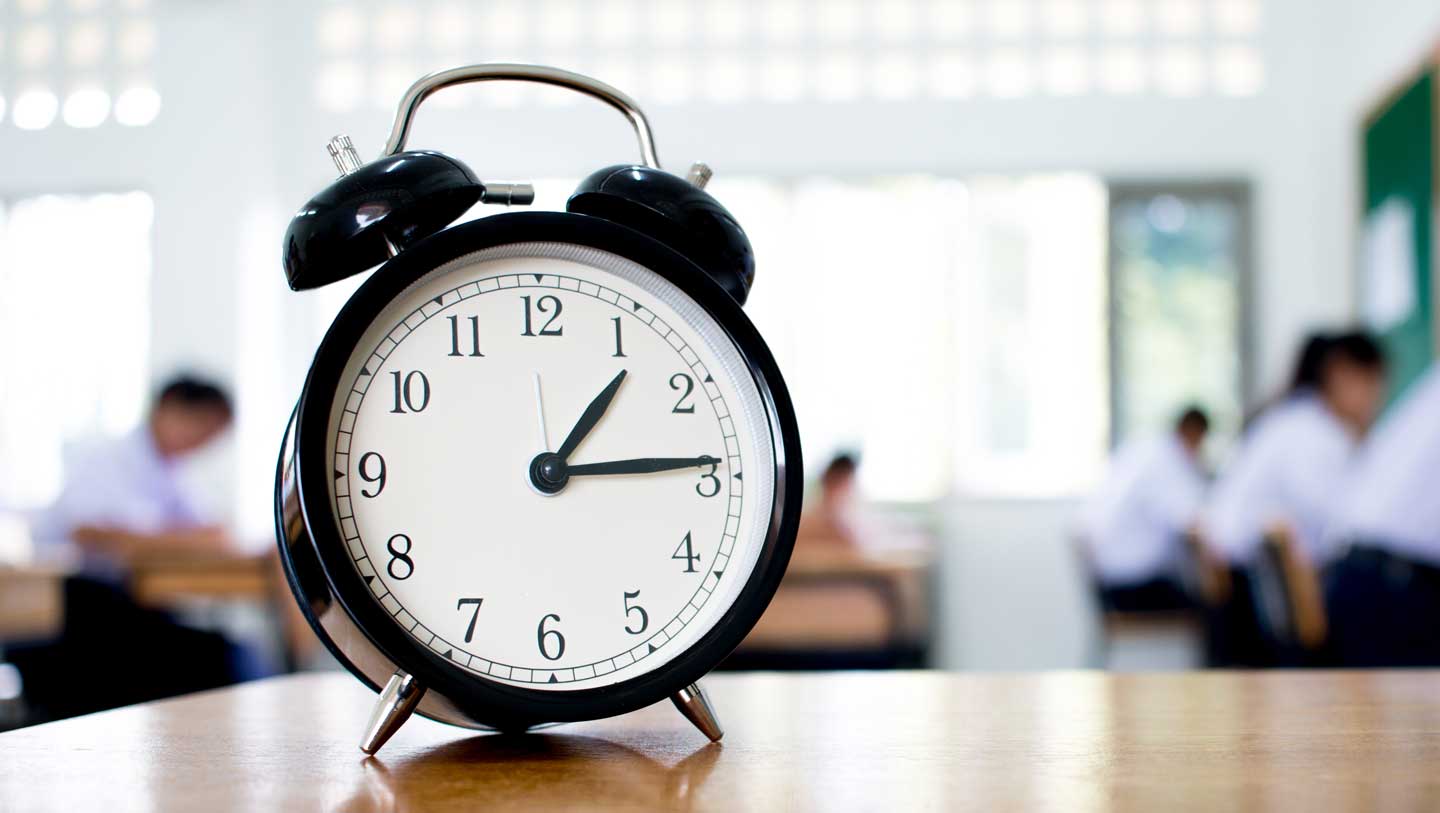 I dread the first day of school. It isn’t that summer vacation is ending, or that my kids are growing up too fast—I dread waking them up and getting them out the door, especially that first morning. Then I read about California’s amendment SB 328, also known as the “Start the School Day Later” bill), that “would require the school day for middle schools and high schools to start no earlier than 8:30 am,” and thought a later start time may be the answer! No more yelling, begging, or pleading with my kids to start getting back on a schedule in the weeks leading up to the first day of school. Instead, we’ll listen to the scientific evidence about how a later start time may improve students’ academic performance and mental health. Easier said than done.

According to a study by the Centers for Disease Control and Prevention, teens need about nine to ten hours of sleep each night. But the changes that occur in adolescence can make it difficult for them to fall asleep, meaning they tend to not be in bed before 11 pm. Adolescents are more alert in the evening, “likely because melatonin, which causes sleepiness, is secreted later,” usually around 9 pm. As a result, those levels are still high in the morning, which may explain why 60 percent of children under the age of 18 complained of being tired during the day. According to the National Sleep Foundation, 15 percent even said they fell asleep at school during the year.

The science behind high schools and middle schools starting later isn’t new, and it isn’t just being discussed in California. That bill is part of a larger, nationwide coalition called Start School Later, whose mission is to increase public awareness around the relationship between sleep and school hours. The organization says that “since the 1990s, sleep researchers and other health professionals have been telling us that these early school hours are harming children. It’s not just the numbers of hours of sleep, but also the timing of sleep that is required for optimal health.” They say that the bell rings for 30 percent of the nation’s high school and middle school students before 8 am.

Summers in my house are a free-for-all. My son and my daughter are up until all hours of the night playing video games, working out, and texting. If they don’t have somewhere to be in the morning, they’ll sleep long into the day and wake up only to search for food. Mostly, my husband and I roll our eyes and try to ignore it. We tell ourselves it will be fine, we’ll all get back on schedule in August, with plenty of time before the first day of the new school year. Sure.

It may seem that a later start time is an easy answer, but many factors are at play here. At the top of the list for many school districts is busing. Towns stagger the start times so that fewer buses can transport students to various schools, meaning elementary schools may also have to change their start times. Parents’ schedules need to be considered, too. Also, later start times for high schoolers means athletics and after-school activities will extend later into the evening. As a result, students may just stay up later and sleep later instead of gaining precious time asleep.

Merriam-Webster defines sleep as the, “natural periodic state marked by the absence of wakefulness…usually considered essential to the restoration and recovery of vital bodily and mental functions.” We all know how good we feel after a restful night’s sleep and how sluggish we become after a poor one. For teens, the consequences may be severe. They can include difficulty learning, listening, and concentrating. It can lead to acne and weight gain. Maybe most importantly, it can lead to driving drowsy —which could be deadly.

Regardless of the outcome of amendment SB 328, we can use this research to help our teens learn and practice good sleep hygiene that will benefit them immediately and throughout their lives. The National Sleep Foundation suggests teens should follow these tips for a restful night’s sleep:

Instead of the ensuing chaos that usually occurs in the days leading up to the start of school, we tried, as a family, to incorporate some of these tips into our daily routines. And in New Jersey this morning, my kids made it to school in time for the first bell at 8:04. They did get up slowly, and we did rush a bit, but I think we all felt the benefits of our improved sleep practice.

You can also learn more about how sleep is measured, and why it’s especially important for children and teenagers to get a good night’s rest, in the latest episode of BrainWorks (below). The Dana Foundation partnered with Eric Chudler, Ph.D., and the University of Washington to create this entertaining and informative show all about the brain.