Back to Parent Page
HomeArticlesA Tasty Program at the Rubin 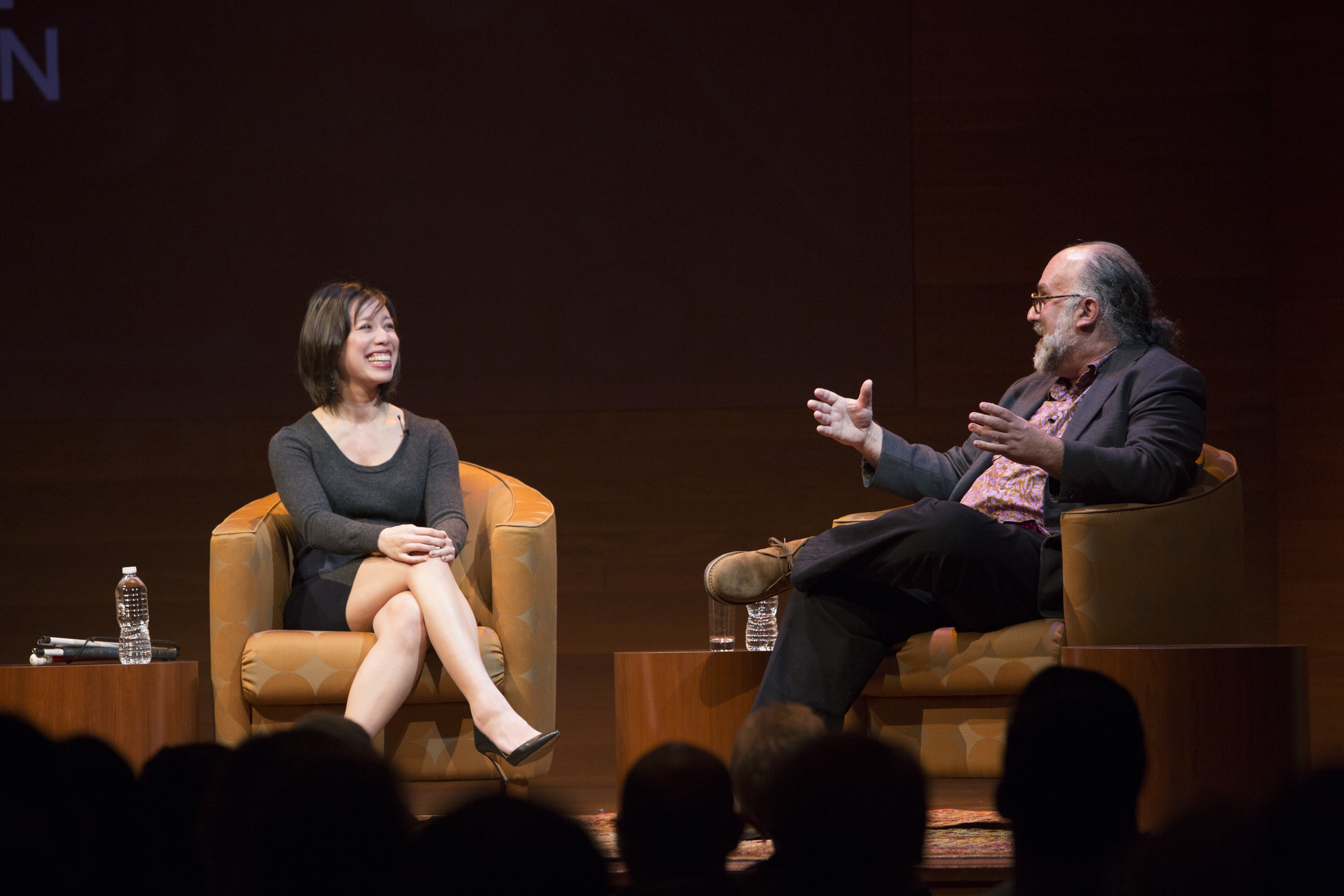 The lady has an extraordinary palate, a palate of incredible finesse. She picks up hot ingredients, touches them, and she thinks about this image on the plate. She has the most disciplined execution on a plate that we’ve ever seen. But the palate is where it’s just extraordinary. And honestly, I know chefs with Michelin stars that don’t have palates like hers.
–Chef Gordon Ramsay, MasterChef judge

Christine Ha’s blindness didn’t stop her from defeating more than 30,000 home cooks to secure the coveted MasterChef title, a $250,000 cash prize, and a cookbook deal. Her extraordinary story caught the attention of the organizers of the Brainwave series at the Rubin Museum of Art in New York City, who invited her to talk to neuroscientist David Linden about the food-brain connection in a program entitled, “How Does a Blind Cook Cook?”

Born to Vietnamese parents and raised in Texas, Ha developed an optical degenerative disease in her mid-20s while working toward a Master of Fine Arts degree in creative writing at the University of Houston. Up to that point, she had little interest in the culinary arts. But when Ha lost her sight, she began to yearn for many of the traditional dishes that her mother, who had passed away from lung cancer when Ha was age 14, prepared for the family. As she began to re-create many of those dishes and expand her culinary interests to other types of cuisines, Ha not only found a connection to her late mother, but also to other cultures.

Linden, the author of Touch: The Science of Hand, Heart, and Mind and a professor of neuroscience at Johns Hopkins University, did a masterful job of interviewing Ha on how she navigates through recipes and the kitchen and perceives touch, taste, and smell to produce award-winning culinary creations. Ha, in turn, discussed how she uses touch, taste, and feel to prepare and plate dishes and how she hopes to work with industrial engineers to develop improved cooking tools that will help the visually impaired navigate through a kitchen and measure heat and liquids.

Ha talked about the how reading Brail “made her more literate” as a vision-impaired individual, suggesting that the part of her brain that once connected to sight seemed to reconnect to touch, or her fingertips.  Linden confirmed Ha’s contention, adding that “if you look at the areas located in the very back part of the brain called the occipital pole, that region becomes invaded by fibers from the neighboring brain regions,” said Linden. “If you put me as a sighted person on a brain scanner, what you’ll see is, that if you have touch and sound, my primary visual cortex will not become active. But if you take someone blind from birth and put them on that same brain scanner, you’ll see that those regions do become active from both touch and sound information.”

Ha said she is often asked if her senses have become better since her impairment. She believes they are the same, but that her awareness of those senses has improved. Ha wondered about the impact of her memory on food preferences, and Linden said memory is a major factor in likes and dislikes. He also pointed to studies that show while such characteristics as height and sense of humor are inheritable, less than 10 percent of food preferences comes from our parents.” Instead, food preferences are very much tied to culture,” he said. “if you grow up in a part of India, Thailand, or Mexico where they eat hot chilies, you’re going to like hot chilies.”