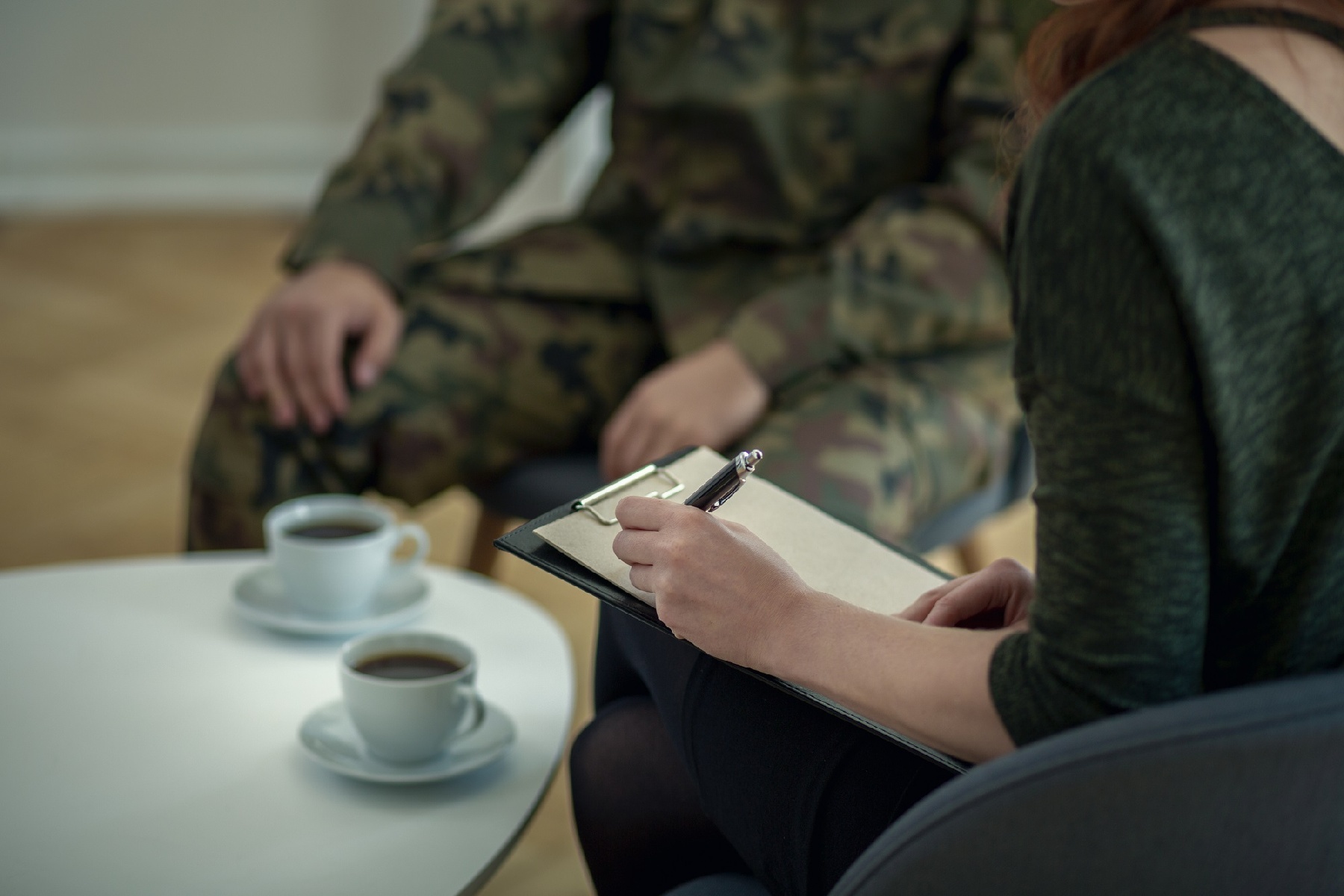 Switch your television to virtually any medical drama and you’ll see the same scenario unfold again and again. After struggling to diagnose a patient with complex symptoms, a doctor will mandate a particular treatment—and, lo and behold, the patient recovers. In some ways, it’s no surprise that this is how patient-doctor interactions are represented in the media. The healthcare system, both in the United States and Europe, has operated on a “doctor knows best” mentality for decades. Yet research suggests that allowing patients to choose their treatment can improve how well they respond to it. A new randomized control trial out of the University of Washington and Case Western Reserve University has demonstrated that people diagnosed with post-traumatic stress disorder (PTSD) show a greater reduction in symptoms—even, in some cases, no longer qualifying for a PTSD diagnosis—when they are able to make the decision whether to treat their condition with medication or prolonged exposure therapy.

The power of shared decision-making

Jennifer Blumenthal-Barby, associate director of medical ethics at Baylor’s Center for Medical Ethics and Health Policy, says that with the healthcare industry moving towards more “patient-centered” and “value-based” healthcare over the past few years, healthcare systems want to find ways to involve patients in their own care and reduce healthcare costs. Shared medical decision-making, a process in which clinicians and patients work together to make medical decisions, including deciding on treatment plans, using clinical evidence and the patient’s preferences, is one way to do just that.

“In situations where patients are part of this process, research indicates that it can improve health outcomes for patients,” she says. “There are several reasons for this. First, it can improve a patient’s perceptions of the healthcare experience and their providers, helping the patient understand they can play an active role in their own care. Second, when they do feel engaged in this way, patients are much more likely to be compliant and adhere to a particular treatment regimen.”

Research studies have shown that shared decision-making has led to better outcomes for people with conditions including diabetes, cardiovascular disease, and various cancers. But some have questioned whether it would work as well in behavioral health conditions. Nicola Morant, a researcher at England’s Cambridge Clinical Research Centre for Affective Disorders, says that it can work just as well in the psychological and psychiatric realms—though the empirical research on its efficacy lags behind that done concerning physical health conditions.

“When it comes to mental health, we are partly behind because of notions of what it is to be mentally ill,” she says. “Particularly with conditions that include psychosis, there is the idea that the person doesn’t have the capacity to make rational decisions about care. But we’re gradually challenging those ideas and showing that even people in acute mental health crisis are able to make decisions when supported.”

Making a choice for PTSD treatment

Lori Zoellner, Ph.D., a psychologist at the University of Washington, says that there are now several viable, evidence-based options to treat PTSD, a psychiatric disorder that can occur in people who have experienced a traumatic event. Yet it’s difficult for psychiatrists and psychologists to know which treatment to offer.

“Before, we were asking, ‘Does this treatment work?’ Now we know that quite a few do,” she says. “So then the question becomes, ‘From whom does a particular treatment work and when?’ There’s some evidence that patient preference plays a role. And if we’re going to get better at personalizing treatment options, we need to understand what the role of preference actually is.”

Zoellner and colleagues recruited 200 people who had been diagnosed with chronic PTSD. Each was asked state a preference for treatment: a medication-based approach, the drug Sertaline (better known as Zoloft), or a behavioral therapy known as prolonged exposure therapy, where patients are asked to gradually approach traumatic memories in order to better process them. The participants were then randomly assigned to a group in which they received their preferred treatment or a group in which they were randomly assigned to one or the other. The researchers found that the 74 percent of the patients who chose and then received prolonged exposure therapy had reduced their symptoms to the point of losing their PTSD diagnosis two years later. Only 37 percent of those who would have preferred therapy but received medication reached the same status. What’s more, nearly three quarters of patients who were able to choose their preference completed the full treatment program, while more than half of those who did not receive their preference did not complete their treatment. The results were published Oct. 19, 2018, in the American Journal of Psychiatry.

Zoeller says she and her colleagues are trying to understand why the effects were so profound—and plan to follow this study with more research to “unpack” why preference played such a big role in treatment outcomes.

“Some of the ‘whys’ are evident in this data,” she says. “One of the ‘whys’ is that preference reduces drop-out. People are more likely to stick around and finish the treatment if it’s consistent with their preferences. Second, it clearly has an impact on adherence. People are more likely to take their medication or do the therapy homework if it’s their preference. They are showing up, they are doing the work, and that confers the benefits.”

Most medical conditions, including psychiatric disorders like PTSD, anxiety, and depression, can be successfully treated with a variety of different approaches. While many research programs are looking towards genetic profiles and other biomarkers to help guide treatment decisions, Zoellner hopes that both providers and patients will understand that patient preference is valuable, too.

“We need to be able to better match psychiatric treatments to the individual in the future,” she says. “The best match is not only going to include biological characteristics and psychological symptoms, but also the patient’s wants, desires, and choices.”

Blumenthal-Barby says that many doctors may not be aware of the importance of shared decision-making for health outcomes—nor might they understand the best way to include the patient into these important treatment decisions. But she expects that we will see more shared decision-making, both in medical and behavioral health spheres, in the future, moving from the “doctor knows best” model to “the patient and doctor can work together to come up with the best option.”

“When patients feel more heard, when they understand the pros and cons of a given treatment, and when they feel like they are playing an active role in their own care, it really makes a difference,” she says.