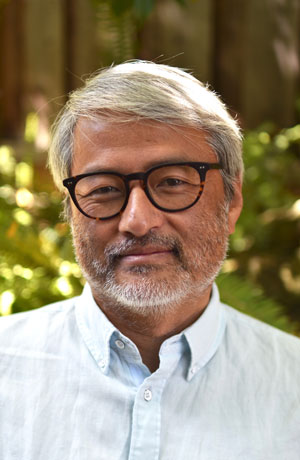 Schizophrenia, a neuropsychiatric condition characterized by disordered thoughts and perceptions, as well as deficits in emotional responses and social interactions, remains a neurobiological mystery. Approximately 1 percent of the people in the world have been diagnosed with this debilitating mental illness, and psychiatrists and neuroscientists still don’t know a lot about its underlying causes or what factors may underlie the disease’s trajectory toward psychosis. Without a sound understanding of the mechanics of this disease, it is much harder for clinicians to treat, let alone prevent, the disorder.

Previous work in animal models and in humans suggests the descent into psychosis may involve an excess of dopamine, a neurotransmitter most recognized for its involvement with movement, reward processing, and learning. But trying to measure dopamine function in the human brain, as well as any changes it might make to different neural circuits, has proven to be a challenge. Jong Yoon, M.D., a clinician-scientist at Stanford University, is using new neuroimaging techniques to assess the functional status of the substantia nigra, part of the basal ganglia and one of the main brain regions responsible for producing dopamine. His work could offer the scientific community a better understanding the brain mechanisms underlying schizophrenia, as well as other neuropsychiatric conditions involving abnormal dopamine function. These studies will lay the groundwork to one day identify potential biomarkers to help physicians predict which young people who have high risk factors for psychosis would be more likely to develop it later in life. Here, Yoon talks about why the study of schizophrenia is so challenging, why the use of the term biomarker may be premature, and how his work with the substantia nigra has led to new lines of investigations focusing on the subthalamic nucleus (STN), another component of the basal ganglia.

What first inspired you to investigate schizophrenia from a neuroimaging perspective?

Understanding schizophrenia is really the reason why I went into psychiatry. In medical school, I was all over the map in terms of what field to specialize in. In fact, I almost went into neurosurgery. But, when I thought about some of the most interesting medical conditions, especially in the context of what we know and don’t know about those conditions, patients with psychosis, schizophrenia, and psychosis-related conditions really made the strongest impression on me. These conditions have quite dramatic phenomenology – and patients experience a dramatic loss of function. It results in a disability that affects not just the patient, but also their families. It was something I hoped, through research, we could understand better.

Despite years of research, and some ability to identify those who may be at high risk for psychosis, we still can’t say with any certainty who will eventually develop it. What are some of the biggest challenges in trying to find a way to better predict that?

Part of it is the likely heterogeneity (diversity) of the underlying disease mechanisms that give rise to schizophrenia. That makes it challenging because the way we traditionally approach neuroimaging studies of these kind of conditions is with between-group studies. We compare the average of a group of people who fit in a particular category and then compare it to the average of a control group. When the category is schizophrenia, which is currently defined at the clinical level—observable behavioral disturbance, signs, or symptoms—a group average is going to also be heterogeneous in terms of underlying pathophysiology. That means you are going to get a noisy signal for the schizophrenia group. We don’t really have, at this time, well-validated ways of categorizing subsets of patients so we can get the kind of signal we need to see true differences. Moreover, studies capable of discovering subgroups would require very large sample sizes that exceed the capacity of most research labs.

Another complexity is that some of the terms we use are, unfortunately, confused with one another. When some or most people say psychotic disorders, they really mean schizophrenia—and vice versa. But they are not synonymous. There are many other conditions that can involve psychosis. Bipolar disorder is one of the major ones, but depression and post-traumatic stress disorder can also involve psychosis in some cases. It’s a related issue—sometimes we are a little loose with our terminology and it can make it more challenging to make sure we are studying the right group of people in different studies.

Why focus on dopamine signaling?

I still believe that one of our best leads for understanding the mechanisms underlying psychosis is dopamine. The hyper-functioning of the dopamine system, particularly in networks below the cortex, is currently the best lead we have in terms of understanding psychosis. I should also add that it could help us understand psychosis in other conditions, like methamphetamine-induced psychosis. Dopamine’s role in psychosis is what really motivated me to pursue this line of work. At the time I received my Dana Foundation grant, the best way to look at dopamine functioning was to use positron emission tomography (PET) imaging, which is a challenging modality to use, particularly for large scale studies. So, I was looking for less expensive and more efficient ways to look dopaminergic system functioning.

The method I have been developing doesn’t measure dopamine levels themselves – it’s important to be clear on that. Instead, the method measures the function of key elements of the brain’s machinery controlling dopamine. Dopamine production and release is controlled by a set of nuclei deep inside the brain. One of the most important of these is the substantia nigra. A primary way in which dopamine is released is through the activation of the substantia nigra, and possibly other dopaminergic nuclei.  So, the idea is that if you can measure the functional properties, the level of activation of the substantia nigra, it may reflect how much dopamine it is capable of releasing. It’s an indirect measure of dopamine system function.

I have published two studies showing hyperactivity of the substantia nigra in schizophrenia, one with chronic patients and the other with patients recently diagnosed with schizophrenia. However, these studies used standard fMRI methods to assess substantia nigra activity, which may be a problem because of its small size. That makes accurate localization of its signal challenging.  To address these challenges, I have been developing new methods to increase the accuracy of measuring its signal. While my study in this area with patients hasn’t been published yet, there are now other groups pursuing similar approaches. There are groups who are using neuromelanin scanning, the pigment that gives the substantia nigra its dark color, as an indirect measure of the functional status of the substantia nigra. It shows that there is some appeal in pursuing these indirect measures, and applying them more widely may offer clues about what’s happening in psychosis to lead to such profound symptoms.

How might this signal work as a biomarker of disease?

To me, the term biomarker assumes a high level of knowledge about a condition. We just don’t have that with schizophrenia or psychosis. It’s possible that you don’t need to know much about the mechanisms of a disease but yet a biomarker can be discovered. But in the case of schizophrenia, it’s hard for me to believe that we are in a stage to generate highly predictive biomarkers. It’s not clear that schizophrenia is one entity, and so it would be unlikely that a single biomarker could be discovered. The other problem is that our methods for probing the brain in humans are still too crude. While the in vivo neuroimaging we can do now (in people) is so much more advanced than what we had before, it’s still far away from the kind of work people can do in animal models.

That’s not to say we shouldn’t be looking for biomarkers. Schizophrenia is a disorder where we could certainly use them. But given the state of our knowledge, and our limited methodologies, I prefer to think of these different signals as clues that will help us better understand the disease’s underlying mechanisms.

Let me give you an example. In the realm of psychosis and schizophrenia, we still don’t really know what causes these conditions. Even if you accept the hypothesis that excess dopamine in certain brain regions, such as parts of the basal ganglia, causes psychosis, this is still an incomplete explanation. Why does excess dopamine lead to the very unusual symptoms of psychosis such as hallucinations or paranoia? How is it affecting signaling in the basal ganglia and other brain regions? So, we’ve been developing a circuit diagram, so to speak, to understand what the excess dopamine is doing and what signals it may impact in downstream systems. That way, we can make more concrete predictions of the signaling activity to the substantia nigra and the basal ganglia so we can get more insights into what all that dopamine might be really doing. Another problem with the dopamine hypothesis is that there are likely other, non-dopamine mechanisms of psychosis and schizophrenia involved, too.

Again, given where we are in terms of understanding the mechanisms of psychosis, I think it’s a bit premature to refer to them as biomarkers. But, eventually, based on this work we might be able to come up with new measures that can accurately assess subcortical function to help classify patients into different categories of psychosis or schizophrenia.

Where has your imaging work in the substantia nigra led you?

My studies on the substantia nigra have led me to my interest in a separate but neighboring structure of the basal ganglia, one that has been under-studied in psychiatry. That’s the subthalamic nucleus (STN). We used a very similar imaging approach with that used for the substantia nigra. In some ways, we are able to get a cleaner signal, so to speak, from this structure  than from the substantia nigra. It’s long been thought that the STN helps to inhibit behavior. In a recent study, we found that, in healthy subjects, the activation levels of the STN are correlated with a person’s impulsivity. While it was sort of expected, it’s the first time anyone has shown people with higher levels of STN activity are less impulsive.

We are using this result, along with prior findings, to develop new circuit models of signaling in the basal ganglia — how they help to control motor and cognitive programs, and how altered dopamine function in schizophrenia and related conditions could lead to impairments in the control of these programs. One possibility suggested by these models is that STN dysfunction could be a downstream effect of abnormal dopamine signaling. We are launching a pilot study to test this possibility, where we will be measuring changes in STN and other basal ganglia signaling properties in response to treatments of people with methamphetamine addiction.