Back to Parent Page
HomeArticlesA Lot on the Mind: Autism 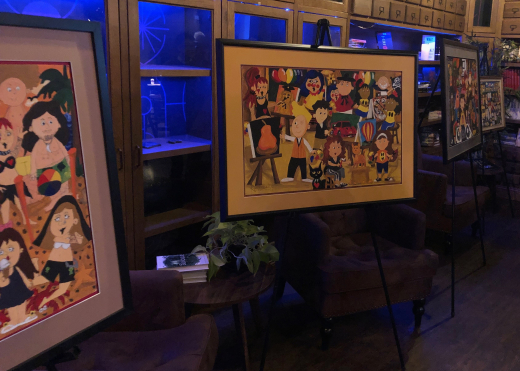 In the second event hosted by Caveat NYC of a three-part series dedicated to explaining the most misunderstood neurological disorders, the focus was on autism, or autism spectrum disorder (ASD).

Of the many neurological disorders that affect the world, autism is one of the most familiar. Affecting 1 out of every 59 people, there are characteristics associated with the disorder that seem to be fairly consistent. However, a running theme at last week’s event, “A Lot on the Mind – Understanding Autism with braiNY and Spectrum Magazine,” was that if you know one person with autism, you know one person with autism. There is a huge range of behaviors that define the disorder and individuals with autism have their own unique strengths and weaknesses.

The first speaker of the night, Lisa Shulman, M.D., Director of the RELATE program, an evaluation and treatment program for children with ASD, explained that at its core, autism is a social behavioral disorder. Because of this, it can only be diagnosed by identifying the behavioral criteria. She listed the three core social communicative indicators as:

There are also restrictive repetitive behaviors such as adhering to routines, repetitive physical movements, fixated interests, and being overly or under reactive to sensory impact. Two out of these four behaviors must also be present alongside the three social behaviors to diagnose autism, she said.

A child with autism starts to become less social in their second year of life and will gradually deviate from society without intervention. Shulman noted that the earlier the diagnosis is made, the earlier clinicians working with patients can address those core features and help with treatment and quality of life for those individuals.

A large portion of research in the autism field is focused on improving treatment for the disorder. The second speaker of the evening, Rebecca Jones, Ph.D., M.Phil., assistant professor at the Center for Autism and the Developing Brain and the Sackler Institute for Developmental Psychobiology at Weill Cornell Medicine, dedicates her lab work to new technology to measure treatment response. One treatment target for autism is signs of shared engagement and joint attention, which autistic children have trouble with.  Jones shared a video demonstrating this from her lab in which a child with autism was perfectly happy playing by himself when left alone for 60 seconds, while a child with typical development lasted about ten seconds before trying to engage with the adults in the room.

The challenge, Jones says, is seeing if treatment is working – there are no blood tests or progress reports that can give researchers that information because it is defined by social behavior. Their only source of feedback comes from clinicians and parents, but the information can become quickly biased. To combat that, her Jones’ lab uses wearable camera devices as well as mobile technology to quantify treatment response. The wearable device is a camera attached to glasses on a parent or clinician that can digitally log every time the child makes eye contact, which is a sign of shared engagement. This measurement is quantifiable information that can be used in research labs, but also shared with clinicians to help them determine if a child’s behavior is changing as a result of treatment.

Jones emphasized that they do not expect the treatment tools they are creating will perform the same way for each person with autism, but the hope is to continue to create devices for each individual’s strengths and weaknesses.

To showcase the immense range of talent that comes from those with autism, the last portion of the event was dedicated to the artist in residence, Ronaldo Byrd, a native of Brooklyn, NY, and a dedicated painter. His work featured an astounding array of over 300 characters enjoying different settings, such as the aquarium; Queens, NY; Independence day picnics; the A train; or a winter orchestra. He spoke to the audience about his own experience with autism and closed with an encouraging message to see the beauty of the strengths and differences in each other.

To read about the first event in the three-part series, “A Lot on the Mind,” which addressed epilepsy, click here.