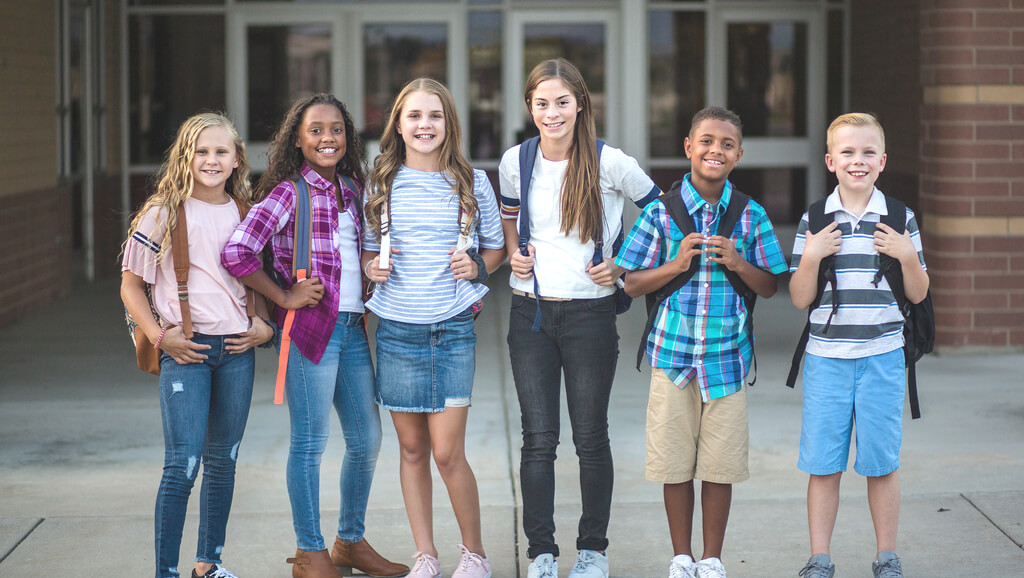 The brain goes through remarkable changes during adolescence. Developmental neuroscientists refer to it as a period of both opportunity and vulnerability–a time when children gain the critical skills they need for adulthood, but also a time when they are likely to show the first signs of neuropsychiatric issues and substance abuse disorders. To better understand the nuances of adolescent brain development, several agencies within the National Institutes of Health (NIH), including the National Institute on Drug Abuse (NIDA), the National Institute of Mental Health (NIMH), and the National Institute on Alcohol Abuse and Alcoholism (NIAAA), are collaborating on a landmark longitudinal initiative, the Adolescent Brain Cognitive Development (ABCD) study. The project offers scientists a unique opportunity to not only better understand normal brain development, but also what biological and environmental factors may make certain children more susceptible to substance abuse, mental illness, and learning problems.

“This is an amazing and much-needed project,” said Elizabeth Sowell, Ph.D., a developmental neuroscientist who has been studying changes to the adolescent brain for more than 20 years and is the principal investigator at one of the ABCD study sites. “There’s been no other study that can even hold a candle to it. And one of the important reasons for that is that we are collecting data from an extremely large and an extremely diverse group of children.”

To date, study researchers have collected data, including neuroimaging and biospecimen data, from nearly 12,000 adolescents at 21 different study sites. For such an ambitious study to provide the kind of insights scientists are seeking, it is vital that each investigator follow rigorous experimental protocols to ensure everyone collects the data the same way.

The History of the ABCD Study

The ABCD study began in 2015 with the goal of trying to understand how the brain develops from the age of 9 or 10 years until adulthood, said Nora Volkow, Ph.D., director of NIDA and a member of the Dana Alliance for Brain Initiatives.

“It is really one of our biggest priorities,” she said. “When we look at drug abuse and addiction, one of the big questions is what makes certain children so vulnerable to developing these problems. What factors, including adverse environments or low socioeconomic status, might influence that development and lead to addiction?”

But that requires knowing how the brain normally develops, said Gaya Dowling, Ph.D., a NIDA scientist who is the director of the ABCD study. Without such a foundation, it is difficult to understand what is happening to lead to neuropsychiatric or cognitive problems.

“There are so many unanswered questions about what’s happening in the brain,” she said. “For our purposes, if we wanted to look at how marijuana may affect the developing brain, we had a problem. Before, we would compare people who had used marijuana with those who hadn’t. But when you are trying to answer questions about brain development, you really need to know what those brains looked like before a person started using marijuana. Otherwise, any differences you see may well have been there before you started the study.”

ABCD researchers have conducted the first brain scans, as well as the first clinical evaluations for the now 9- and 10-year-old study participants. Because of its large data set–and diverse group of participants from all over the country–Dowling said the ABCD study permits scientists to ask a range of questions regarding adolescent brain development.

“We are collecting data in a systematic, controlled way which will allow us to tease apart the contributing factors that may influence development,” she said. “We have scientists who are asking questions about how sports or arts may influence the brain; others are asking about changes after alcohol or drug use. Having this data gives us the ability to ask and answer a lot of interesting questions we couldn’t before.”

Despite ABCD’s potential, Dowling emphasized that, to ensure data integrity, each ABCD study site needs to follow the same experimental protocols when collecting clinical, neuroimaging, biospecimen, and other types of data. That can be a challenge, especially given that the principal investigators at each site are likely interested in pursuing very different research questions.

“Given the breadth of this data, it’s important we collect it in the right way,” Dowling said. “We needed to develop a single protocol for data collection that every site will use, because you want each researcher to implement it with fidelity.”

As the project got off the ground, NIDA created a series of workgroups within the ABCD consortium to help develop that single protocol, with experts from physical health, mental health, substance abuse, and other domains to select the most valid metrics and measures to use. (see samples of these protocols on the ABCD site)

“Everyone follows the same standard operating procedure–and everyone is using similar language as they collect this data,” she said. “By using standardized measures, we can make sure we have standardized data to work with.”

The ABCD study also uses site monitors for quality assurance and holds training sessions for each year’s data collection protocols. In addition, study organizers are offering workshops at different academic and society meetings to give tools and guidance for the researchers who are not collecting ABCD data but would like to work to use the data for their own research studies.

“We have a data exploration and analysis portal that is available,” Dowling said. “It provides statistical models so researchers can do an analysis of data coming from 21 sites from three different types of functional magnetic resonance imaging (fMRI) scanners. And the data exploration tool allows them to go in and pick the variables they are interested in and see what’s there.”

Another vital aspect of the ABCD’s study protocols involved planning for potential ethical dilemmas. Volkow noted. As the study follows these thousands of children over the next few years, confidentiality remains a big concern.

“As we gather more and more data and scientists are actively participating in studies, we need to make sure we are protecting the data from being used for improper purposes,” she said.

Dowling added that the ABCD investigators also must walk a fine line about when to observe and when to intervene if issues do arise during the course of the study. “If there is some kind of incidental finding on a brain scan that is clinically actionable, we let the family know,” she said. “But we make it clear that we don’t tell the parents what the kids are saying or vice versa. If something suggesting imminent risk of harm to the participant or others comes up, like, say, suicidality, we have clinical protocols in place so clinically responsible individuals can assess the situation and decide whether or not to break confidentiality and disclose that information.”

Following Development into the Future

Though the study is still in its early days, it is already offering insights into adolescent brain development, Volkow said. Recent studies have shown childhood obesity is associated to structural differences in brain regions linked to cognitive control; that hippocampal volume increases when tween girls play sports; and social media use may not be as dangerous to brain development as previously believed. Sowell said she thinks the ABCD study, with data available to any researchers who ask to use it, will result in a trove of important research studies that will ultimately give neuroscientists—and all of us—a greater understanding of the inner workings of the adolescent brain.

“I hope, ten years from now, we can look back and say we’ve improved kids’ lives because we’ve learned things that can improve their environments. I believe that we will,” she said. “But even twenty years down the line, researchers can access this public resource to ask questions that we may not have even considered before. It’s going to give us a window into brain development that’s never been possible before.”