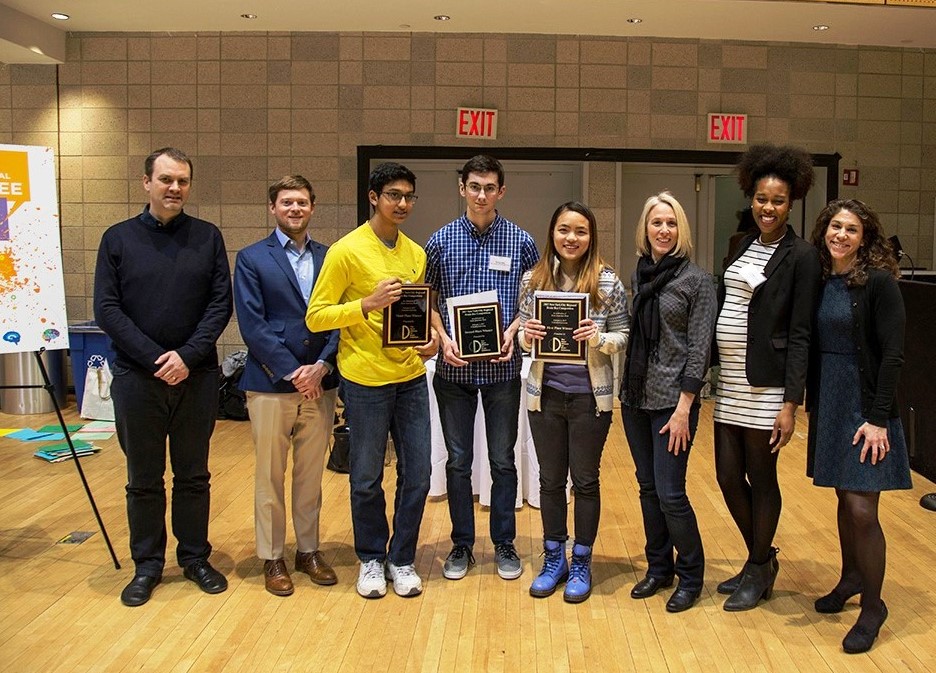 For the first-place winner of this year’s Regional Brain Bee, biology was always the high school senior’s favorite subject in school. But it wasn’t until she was 14 years old that Winsome Ching narrowed her focus to neuroscience. After visiting a museum celebrating Austrian neurologist Sigmund Freud in Vienna, Ching was “hooked” by his theories on the brain, she says. Since then, she has transitioned from Freud’s psychoanalyses to the biological aspects of brain function. 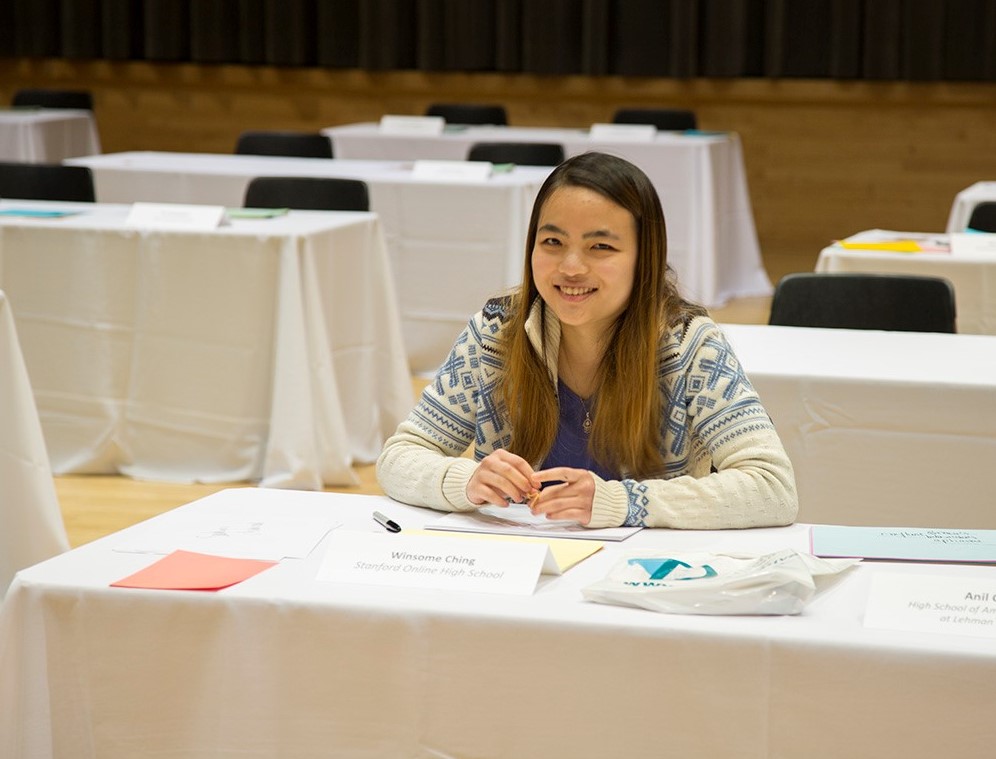 Ching’s passion for neuroscience shined through at the Brain Bee this past Saturday, along with her peers from 33 high schools spanning across Long Island, Westchester County, and New York City’s five boroughs. Half of Columbia University’s Alfred Lerner Hall was filled by a grid of white tables, adorned with the students’ name cards, directly facing the judges’ table; the other half was bustling with family members, friends, and teachers all gathered to cheer on the participating students. In the time before the competition began, students were scattered throughout the auditorium for one last chance to review notes and textbook chapters on the brain. Once all participants checked in, the competition began.

The Dana Foundation’s director of Brain Awareness Week, Kathleen Roina, welcomed the audience and introduced Nathaniel Sawtell as the event’s keynote speaker. Sawtell, an associate professor of neuroscience at Columbia University, presented a lay-friendly lecture called, “How the brain distinguishes self from other: insights from electric fish.”

Sawtell’s research focuses on a species of fish from Africa that has special receptors in its skin for sensing electrical fields invisible to the eye. The tail of the fish contains an organ (“like a battery,” he explained) that fires off electrical pulses that Sawtell and his lab were able to record. The “electric fish” acts as a model for understanding the neural circuitry that gives rise to sensory processing, perception, and behavior. Sawtell concluded his presentation by encouraging students interested in science. “Our brains are full of beautiful circuits we’re only beginning to understand,” he said, “The challenge is great…but if you have the desire and interest to learn about the brain, throw yourself into it.”

The event’s moderator proceeded to review the rules and outline the eight-round structure of the competition. This year’s Brain Bee seemed especially challenging, with numerous moments of constructive debate amongst the three judges and contestants who were given the chance to explain their reasoning. After many rounds of highly-technical questions, only three students remained.

The third-place prize was awarded to ninth-grader Ryan Bose-Roy from Hunter College High School. Second place went to Nicholas Reina, who is a junior at Saint Joseph by the Sea High School. The grand prize was awarded to Ching, who lives in Queens and is a student from Stanford Online High School. All three winners were presented with varying cash prizes, with Ching receiving $500 and an all-expenses-paid trip for two to the US National Brain Bee competition at the University of Maryland. Before the nationals, which takes place during Brain Awareness Week this March, Ching will be given a free tutoring session at Columbia University as part of her prize.

After graduating from high school this year, Ching is looking forward to studying neuroscience in college. “There are still so many unanswered questions in neuroscience,” she said “so the field is open for exploration. The brain is the center of our personality, thoughts, and body control, so analyzing it will allow us to understand ourselves better.” When she’s not busy with schoolwork, Ching enjoys spending time with her twin sister, playing basketball and softball, and exploring New York City neighborhoods.

“I’d actually like to thank my family for putting up with me stressing about the Brain Bee and making them go to the venue twice,” she added. Ching mixed up the dates and arrived fully-prepared for the competition one week earlier, much to the amusement of Columbia University staff members. “Thanks to that gaffe, I was an extra week prepared!”